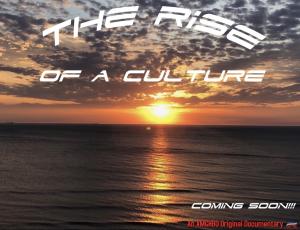 A WORLD MOVEMENT OF UNITY…

ALEXANDRIA, VIRGINIA, UNITED STATES, September 24, 2021 /EINPresswire.com/ — “RISE OF A CULTURE” is a documentary that takes you through the African American culture’s journey, how they went from racial injustice and having no rights to rising above all obstacles and evolving. This film looks at the African American culture from then to now. How they went from being oppressed, enslaved, to becoming a force to be reckoned with through protest, unity, and perseverance to create change.

Slavery in the United States – Started in 1619 when the privateer The White Lion brought 20 African slaves ashore in the British colony of Jamestown, Virginia. Throughout the 17th century, European settlers in North America turned to enslaved Africans as a cheaper, more plentiful labor source than indentured servants, who were mostly poor Europeans. Approximately 6 to 7 million enslaved people were imported to the New World during the 18th century alone, depriving the African continent of some of its healthiest and ablest men and women. [Abolished Slavery] – The 13th Amendment adopted on December 18, 1865 officially abolished slavery. After the Civil War approximately 186,000 black soldiers joined the Union Army and about 38,000 lost their lives.

Conclusion – African Americans have endured slavery, lynching, segregation, and racial injustice for over 400 years. Despite this, African Americans have made significant contributions to American history, and there are more to come. Protests have been taking place in the United States since the 1900s. Some more successful than others, but many protests create change in time. Results are not always immediate, but anything is possible when people unite and rise against social injustice. The power of the people is a beautiful thing. Even though racial equality has come a long way in America, we still have a long way to go.

Rise of a Culture (Trailer)