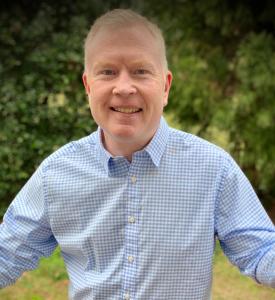 Fans can register free at SongVest.com to have fun bidding in VIP Auctions and buying SongShares of royalties from hits recorded by superstars

SongVest was created to empower royalty owners and fans with an extraordinary level of engagement and revolutionary new ways to better maximize income and share in royalties with major artists.”
— Sean Peace, founder and CEO of SongVest

LOS ANGELES, CA, UNITED STATES, October 5, 2021 /EINPresswire.com/ — SongVest, a revolutionary music fan investment platform and royalties marketplace, has launched SongShares, the first-ever fractional shares of music royalties from hit songs by major recording artists that fans can own for as little as $20.

With access to exclusive investment opportunities normally available only to industry insiders, private equity, and institutional investors, fans can go to SongVest’s secure online marketplace to bid in non-binding SongShares VIP Auctions and view offerings where they can purchase a stake in valuable royalties for less than the price of a concert ticket. Fans who buy SongShares collect royalty income in proportion to the amount they own, and mutually benefit from successes alongside their favorite artists, songwriters, and producers!

SongVest’s founder and CEO Sean Peace, an original founder of the company Royalty Exchange and expert in operating a royalties marketplace, innovated the game-changing SongShares business model to foster a unique level of fan engagement, while providing an exciting new way for anyone to invest in songs they love and share in the royalty income. As a pioneer in the securitization of music royalties, the company, Royalty Traders, LLC dba SongVest, is the first to utilize Regulation A+ of the U.S. Securities Exchange Commission in order to sell music royalties in SongShares which are “royalty share units.” In each offering, SongVest experts work with a seller to evaluate their catalog, determine the limited number of royalty share units to be sold, and create a listing.

As consumer demand for NFTs and rare collectibles soars, SongVest takes the concept of the ultimate collectible to another level by offering fans something that NFTs can’t: real proven and immediate value, plus a history of paying royalties that are now directed to SongShares fan investors.

With a completely alternative approach to selling a music catalog or raising capital, SongShares give royalty owners distinct advantages, including a direct link to SongVest’s community of die-hard superfan investors. With huge engagement on the platform, sellers can promote new releases, ticket sales, merchandise, or offer other incentives to increase activation of a fan base. By selling to a multitude of fans instead of just one buyer, SongShares also increases the value of a song catalog through an innovative VIP (“Verification of Interest in Participation”) Auction process that empowers the fans themselves to collectively determine the final price per SongShares unit.

Without any commitment to purchase, registered fans can start bidding in the live VIP Auction at a minimum of $20 and make non-binding reservations to hold their SongShares. Fans with successful bids at the end of the VIP Auction will receive the first notice and opportunity to purchase during a VIP Sale held after SEC qualification of the offering. After the VIP Sale period, any remaining SongShares are made available for sale to the public.
SongVest investors have a personal dashboard where they can view details on their purchases, plus track music data and the history of royalty payments they receive every quarter. All transactions are registered using an append-only database, providing the highest level of security, and transparency for buyers.

On SongVest.com fans can register now to view listings and bid in SongShares VIP Auctions that kick off Oct. 13 with Grammy-nominated producer SONNY DIGITAL’s sale of his royalties from songs recorded by these artists: TRAVIS SCOTT including his multi-platinum Top 10 single “STARGAZING” plus ”Pornography” and “Never Catch Me” (Auction starts 10/13); DON TOLIVER songs “After Party,” “Cardigan,” and “Spaceship” (Auction starts 10/18); 2 CHAINZ AND KANYE WEST “Birthday Song” (Auction starts 10/27); and MEEK MILL songs “On the Regular,” “The Difference,” and “Froze” (Auction starts 11/4).

Other superstar VIP Auctions announced today include: Writer’s and publisher’s shares of royalties from three major BEYONCÉ hits from her No.1 triple-platinum album Lemonade, including “Sorry”, and the songs “Daddy Lessons” and “Don’t Hurt Yourself feat. JACK WHITE” and the No.1 multi-platinum smash single “Electricity” by SILK CITY AND DUA LIPA FEAT. DIPLO AND MARK RONSON); Award-winning producer CHEEZE BEATZ’s royalties from the 3X platinum single “Bardier Cardi” by CARDI B FEAT. 21 SAVAGE; The massive singles “Handsome & Wealthy,” “Cocoon,” and “Wishy Washy” by MIGOS; PLIES hits “Real Hitta,” “On My Way feat. JACQUEES” and “Rock” 4; plus VIP Auctions from hitmakers MARK BATTLES, BRAYKE, ANTHEM LIGHTS, CALEB & KELSEY, and MATT HAMMITT among many others!

The SongShares Public Sale of songwriter BUCK NASTY’s share of producer royalties from the song “Hit the Quan” will start October 8 at 9 am PT/12 pm ET after receiving SEC qualification of the offering to sell 1,950 SongShares at $16 per royalty share unit. The song recorded by ILOVEMEMPHIS reached No.1 on Billboard’s U.S. Hot R&B/Hip-Hop Songs chart and became a viral dance sensation from the YouTube video with more than 78 million views to date.

“SongVest was created to empower royalty owners and fans with an extraordinary level of engagement and revolutionary new ways to better maximize income and share in royalties with major artists, songwriters, and producers,” said Peace. “We are thrilled to launch SongShares which levels the playing field and gives fans an affordable way to invest in music royalties, while at the same time providing sellers with better options to maximize income, keep their rights, and sell to true fans who are emotionally and financially invested in their success. The immediate response has been tremendous, and our upcoming auctions represent some of the most influential creators and recording artists in the world.”

“I’ve had several people approach me about my catalog, but I just didn’t really like any of the offers or the idea of selling to a company. This is a whole new way for creatives to tap into capital. I love the idea of being able to give back to the fans and get them involved in the music. SongVest was really the only thing that made sense for me. It’s the wave of the future,” said Sonny Digital.

All securities-related activity is conducted through Dalmore Group, LLC (“Dalmore”), a registered broker-dealer and member FINRA/SIPC. Dalmore does not make investment recommendations and acts only as the broker/dealer of record for the offering listed. You can review the background of our broker-dealer and our investment professionals on FINRA’s BrokerCheck https://brokercheck.finra.org/firm/summary/136352

Royalty Traders, LLC dba SongVest is not a financial services company and that any financial assessments provided are informal in nature and for informational purposes only. Site visitors should consult with their own qualified financial and/or tax professionals.

ROYALTYTRADERS LLC (DBA SONGVEST) IS TESTING THE WATERS UNDER TIER 2 OF REGULATION A. NO MONEY OR OTHER CONSIDERATION IS BEING SOLICITED, AND IF SENT IN RESPONSE, WILL NOT BE ACCEPTED. NO OFFER TO BUY THE SECURITIES CAN BE ACCEPTED AND NO PART OF THE PURCHASE PRICE CAN BE RECEIVED UNTIL THE OFFERING STATEMENT FILED BY THE COMPANY WITH THE SEC HAS BEEN QUALIFIED BY THE SEC. ANY SUCH OFFER MAY BE WITHDRAWN OR REVOKED, WITHOUT OBLIGATION OR COMMITMENT OF ANY KIND, AT ANY TIME BEFORE NOTICE OF ACCEPTANCE GIVEN AFTER THE DATE OF QUALIFICATION. AN INDICATION OF INTEREST INVOLVES NO OBLIGATION OR COMMITMENT OF ANY KIND. AN OFFERING STATEMENT REGARDING THIS OFFERING HAS BEEN FILED WITH THE SEC.

Read the Offering Circular before you invest at https://www.songvest.com/offering