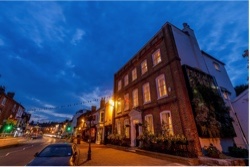 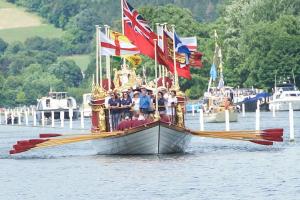 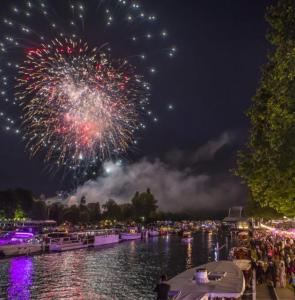 Longlands House is without question the most exclusive House I have ever had to sell in Henley. viewings on open house on the 25th July – These quality Georgian house rarely come on the market.”
— Damion Merry

Revealed: the top 10 UK second home hotspots of the super-elite

Max Davidson Where do London’s super-rich have their second homes? Not necessarily where you would think, according to a new survey by New World Wealth (www.nw-wealth.com), a company which provides information on how the international elite spend their money.

That many well-heeled Londoners have second homes in New York and Los Angeles is no surprise. Sydney, Geneva, Paris and Hong Kong are also popular. Typically they have offices in their second cities, so that they can combine business and pleasure.

But large numbers of London’s multi-millionaires – defined as individuals with a net worth in excess of US$10 million – also own second homes in the UK. And the town where more of them buy homes than any other, perhaps rather surprisingly, is Henley-on-Thames, more a by-word for conservatism than an obvious magnet for jet-setters and fashionistas.

The über-rich, it would seem, are not interested in manor houses in the Cotswolds or Georgian terraces in Bath: the majority want to live next to a river. Eight of the other towns and villages in the top 10 are on the Thames. “Wealthy people like to have a home on or near water,” says Andrew Amolis, head of research at New World Wealth. “Our list captures their need to be within commuting distance of London, near good schools, Heathrow and fine restaurants,” he adds.

“The river is important, and there is obviously a premium on river-front properties,” says Stephen Christie-Miller of Savills. “But it is only one of a number of reasons why Henley has been able to punch above its weight. There is always something going on here, from farmers’ markets to literary festivals. And away from the river, the unspoiled Chilterns countryside always seems to seduce Londoners.”

Train connections from Henley to London are slow, which has historically discouraged daily commuters, but it is within easy range of the M4, the M40 and Heathrow, so it is a convenient place to have a main country base. Properties in the town have become so popular that a lot of wealthy Londoners now buy their eventual retirement homes in Henley several years before they retire, letting them out in the interim.

Notable Henley residents include George Harrison’s widow Olivia, who still lives in Friar Park, the neo-Gothic mansion which the Beatle bought in 1970, and Russell Brand, who recently bought a £3.3 million period property on the riverbank.

Is this now the most exclusive “Secure lock up and go” town house in the south of England ?

In the centre of Henley -famous for its 150 year old Royal Regatta ( reserve price of $7.5M US dollars)

Fine & Country Henley-on-Thames are honoured to be launching an open day event on Sunday 25th July, Longlands house is considered to be the most desirable homes in Henley-on- Thames in the UK. Generously distributed over 4500 sq ft, this remarkable five bedroom Grade ll* listed Georgian home also benefits from an additional 1200 sq ft two-bedroom self-contained cottage, a stunning roof terrace overlooking the River Thames and an impressive driveway that could comfortably accommodate ten vehicles.

Built in 1786 the quintessentially Georgian masterpiece maintains features of its period, such as cornice surrounding the high ceilings, focal point replaces, symmetrical sliding sash windows and window shutters. The basement, now purposed as a media room/wine bar, has a secret tunnel to the east chapel of St Mary’s Church. Beyond the secure gated entrance to the side of the property and the exquisite medieval brick and int high walls is the two-bedroom guest cottage dating back to the 15th century, although now consisting of contemporary décor it still retains its original beams and ingle nook replace with seven bread ovens.

Each of the five bedrooms of the main house have fantastic views overlooking either the private courtyard or Hart Street. Being situated just 120 yards from the River Thames, the incredible roof top terrace provides perfect viewing of the boats passing daily, some whilst following the yearly Royal Regatta Course.

It is certain that no expense has been spared in renovating this period property; its beauty, charm and location make Longlands House one of the best homes in the UK.

To arrange an exclusive viewing of Longlands house please contact Damion Merry on (+44) 07369 211735 or email on damion.merry@fineandcountry.com

For a full video tour of the home and surrounding area please visit the link;

To view the full property brochure please visit the link;