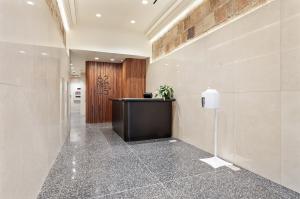 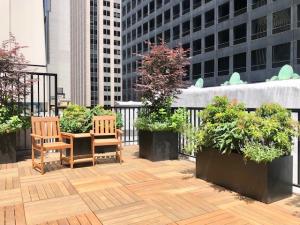 NEW YORK, NEW YORK, UNITED STATES OF AMERICA, August 31, 2021 /EINPresswire.com/ — In 2019 the father-son team of Kenneth and Bradley Fishel purchased the 12-story early 20th Century building located at 62 West 45th Street which was almost entirely rented. Then the pandemic hit. Tenants started dropping like flies and the team realized that their newest acquisition was in trouble. So, the family sprang into action with a plan to re-tenant the building.

The building is located in the middle of Manhattan, a short walk to Grand Central Terminal, the Port Authority Bus Terminal and Penn Station. Location was not the problem, rather, the market had dropped significantly, and vacancies abounded around them. The team needed to make their building distinctive among many similar buildings in the area. Thus, the concept of “SoHo Lofts in Midtown” was born.

Each floor was consolidated into a single-tenant 4,650 square foot space. The team reasoned that renters would value privacy as an important attribute in their evaluation of space. Next the spaces were renovated and restored to their original early 20th Century charm. Wide plank tongue and groove wood floors were installed. Brick was exposed and refinished. All dropped ceilings were removed and the original plaster was restored by hand. Leaky old windows were replaced with new metal monumental operable windows to maximize light and air. In short, the spaces were handsome with tall ceilings and reminiscent of loft spaces in SoHo.

The lobby was meticulously renovated as well. Mid-century stone was removed to expose beautiful terra cotta. Tasteful touches were added to welcome and entice new tenants into the property. The roof was renovated to include a gorgeous roof deck that included live plants and all tenants were invited to use it.

The JD Cohen leasing team at Newmark then went to work to rent the space. Terrific tenants soon followed, including Max Vanguard Jewelry, Axio Financial, EA Markets, and Super Jeweler (who leased the duplexed 2nd and 3rd floors). “These tenants are survivors of the pandemic. They had plenty of choice in this market, but they recognized the quality and the value of leasing at 62 West 45th Street,” said Kenneth Fishel, President of Renaissance Properties.

Only one floor remains for lease at 62 West 45 Street. Will it rent? “No doubt!” exclaimed Bradley Fishel, confident in the appeal of his hard work.

About Renaissance Properties:
With an eye towards distressed assets, Renaissance specializes in value-add investments with a focus on Prewar Prime Properties. From commercial & retail building ownership, to leasing, management and construction, Renaissance has built its reputation on the superior capabilities and efficiency of its people, its most important resource. With an emphasis on quality and attention to detail, Renaissance brings a high level of comfort and modern technology, including the most elegant build-outs and the fastest services to all of their treasured tenants.