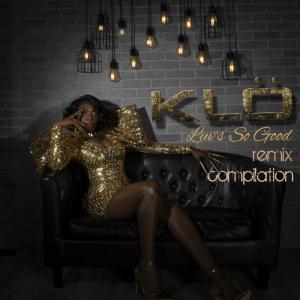 On point and would sound good on the airwaves”
— Eddie Hudson

Once the original of “Luv’s So Good” was complete; Matthew “Unspoken Notion” Clark, CEO of Simplicity 26 Records, reached out to Kenny Summit of Good For You Records, Mike Dominico of Muted Trax, and Trance producer David Wiegand of M.S.L. Records to collaborate on putting together a remix compilation. Eddie Hudson; another co-owner of Simplicity 26 Records, along with DJ BobbyJamz of MUZIKVIBE, will be putting out his remix at a later date.

The goal of the remix compilation is to expose KLÖ to new fan bases and help her grow her following.
Kenny Summit described his experience with his remix as an; “80’s electro vibe”, and that KLÖ had, “very catchy vocals”. David Wiegand took to Trance; having a similar connection of the 80’s/90’s through the underground nightlife, as he sculpted his version. Unspoken Notion’s Remix is described best; by Wiegand as “Progressive house with a Pop touch”. Mike Dominico took a very classic approach to his remix also; as the era of 80’s/90’s pop / house influenced well into a remix Hudson describes as “On point and would sound good on the airwaves”. “Overall, the whole project from the Original release and its music video; to all the remixes, have been a blast. Working with the whole team in all the many aspects and watching all the parts fall into place, has created a fun production experience.” – Clark.

KLÖ’s “Luv’s So Good” Remix Compilation, will exclusively be at JunoDownload on 27th of July. The compilation will be officially released at all other digital retailers and streaming sites in the Simplicity 26 Records distribution network on August 10th, 2021 in conjunction with the worldwide release of KLÖ’s new single, “Hit it Good”. “Hit it Good” was written by Midouin and Larry Charles, Produced by KLÖ, Midouin, and Cadet.