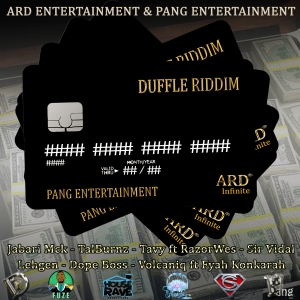 Getting involved with many entertainment companies and evolving as a new face of Reggae and Dancehall music, artist Jabari Mck is on the path to make it big.

BROOKLYN, NEW YORK, UNITED STATES, September 29, 2021 /EINPresswire.com/ — Up-and-coming artist Jabari Mck is a true force to be reckoned with in the musical world. Possessing outstanding expertise in the genre of Reggae music, the artist is quite capable of coming up with unique and melodious Reggae tunes every now and then. With the release of his 1st music video for “Duffle Bag” on August 30th, 2021, Jabari Mck is hoping for his sound to get out there and win him loyal fans.

The single was originally released on Spotify and other major music streaming/downloading platforms in the year 2020. Jabari Mck went ahead and released a music video for the song on YouTube in the month of August this year. The video features the artist along with his friends, having a house party and enjoying himself. By the end of the video, all his friends are seen letting loose to the rhythm of the song and dancing along to the groovy beats. Over the years, Jabari Mck has been gaining quite a lot of experience in the industry and getting involved with big corporations. Currently, he’s involved with two major Entertainment companies including ARD Entertainment and Pang Entertainment. Apart from that, Jabari Mck is also involved with Captain Visuals, Naje-Ante Restaurant & Lounge, and the Rude Team.

So far, the reviews on Jabari’s music have been phenomenal with people claiming to have thoroughly enjoyed all his songs. With almost all reviews being positive, the overall vibe of his music has been defined differently by different groups of listeners. Some people say they experienced a feeling of immense excitement and pure joy when listening to his music, while others described it as soothing and calming. No matter what kind of feeling his songs spark in the listeners, there’s no denying that he is an outstanding and one of the most unique Reggae artists out there. The primary reason why he manages to stand out amongst other artists is his ability to compose melodies and bars straight from his heart with direct intent on delivery. Jabari Mck’s biggest source of motivation is his family while his beliefs revolve around the idea of doing what he wants to see happening as life is meant for living.

Throughout his life, the rising artist has drawn his inspiration from various nations, races, and landmarks. Jabari Mck is currently working on his EP titled ‘Tyrantt’, which is set to be released by 2022.

About
Jabari Mck is an exceptional new Dancehall/Reggae artist from Guys Hill, St. Catherine, Jamaica. His position in music follows the Dancehall tradition of Jamaican popular music from the 1970s.

Jabari Mck stands alongside his mentor and fellow RUDE musician Jahz I Lee as they create a versatile, mesmerizing, and transcendent sound.