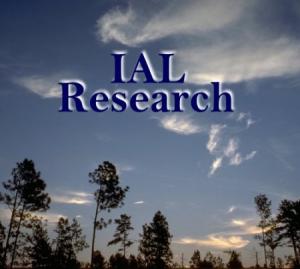 A decade-long study of reincarnation has unexpectedly uncovered the real author of the 19th-century classic poem, “The Raven.”

PORTLAND, MAINE, U.S.A., June 11, 2021 /EINPresswire.com/ — Reincarnation researcher Stephen Sakellarios, creator of the 2003 independent documentary “In Another Life: Reincarnation in America” (distributed to universities by Films Media Group/Facts On File) has recently released a paper which provides detailed, compelling evidence that Edgar Allan Poe was not the real author of the 19th-century poetic classic, “The Raven.” He has proven, beyond a reasonable doubt, that it was Sakellarios’s earlier incarnation, hitherto obscure author Mathew Franklin Whittier, who was the real author.

After over a decade of intensive scholarly research, Mr. Sakellarios has discovered that it was Whittier who submitted “The Raven” to the newly-launched monthly literary journal, “American Review,” under a pseudonym which had deep personal meaning for him, “—- Quarles.” The poem, written in his preferred style, was actually a tribute to his late wife, Abby Poyen Whittier who had died of “consumption” in March of 1841.

Mathew Franklin Whittier, the younger brother of poet John Greenleaf Whittier, is revealed in Mr. Sakellarios’s study as a child prodigy who began publishing sophisticated work in a major Boston literary newspaper at age 12, in 1825. Almost all of his work during his 50-year literary career was published anonymously, under a great many pseudonyms. This was partly due to the fact that most of it was drawn from real life, with the greater portion being disguised autobiography.

According to Mr. Sakellarios’s theory, Whittier would have written “The Raven” shortly after the real-life event it describes, in December of that year. He would then have privately shared the poem with Poe sometime in the first half of 1842. When Poe, as a critic for the New York “Evening Mirror” obtained an advance copy of “American Review,” he saw that “The Raven” was to be featured in the February edition. Acting quickly, he convinced his own editor on the “Evening Mirror” that it was his poem, falsely claiming that he had permission to scoop “American Review.” His slightly revised version was then published in the January 29, 1845 edition of the “Evening Mirror,” bearing his own signature. Poe—perhaps having been dismissed for lying—left that paper soon afterwards.

Mathew Franklin Whittier refused to publicly challenge Poe’s scam, partly because he was deeply involved in secret anti-slavery activities and had active connections with the Underground Railroad. However, he left posterity a number of broad hints and clues in his subsequent published works which, having uncovered and decoded, Mr. Sakellarios reveals in his paper.

“Evidence that Edgar Allan Poe Stole ‘The Raven’ from Mathew Franklin Whittier” can be read online through Academia.edu, or downloaded directly from the following link.
Or see the IAL Research website.