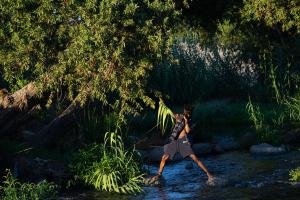 Originally from Lagos, Nigeria, Missing-Nin, is set to excite his fans with his latest single, “Tell Me” available on all platforms.

While in high school, Missing-Nin discovered hip-hop and started writing his music to enter rap battles. Soon afterward, a friend introduced him to FL Studio, a company that expressed their belief in his ability to hit mainstream media.

Previous work includes the debut of his EP entitled, “Brown” released on the first day of 2021, and from 2013 through 2021, he created over 900 beats and recorded eight songs. Missing-Nin believes creating music is the greatest form of self-expression and has been releasing music every Friday since July 2nd and will continue through December 24th, 2021.

Missing-Nin hails from Lagos, Nigeria, but currently resides in Los Angeles, California. It was in preschool that he picked up the snare and started playing music. Soon afterward, he took a liking to the trumpet and later the piano. Appreciating music at an early age, he embraced the power of sound crediting his work with FL Studio as enhancing his love for making beats. As a highly acclaimed composer, Missing-Nin has been making plenty of music for his audience and is eager to release his creative work across multiple streaming platforms every Friday until the end of 2021. Whether you have been following him from the beginning or a new listener, Missing-Nin’s latest tracks are guaranteed to create a presence in the music industry and set the stage for his new album in February 2022.