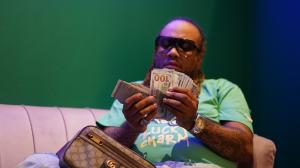 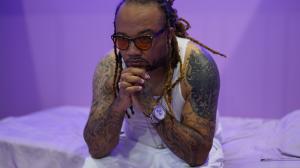 What do you think Dre is thinking? 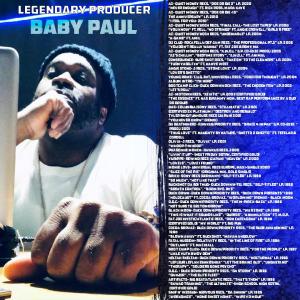 Baby Paul has produced for a lot of heavyweights!

Real Life Music, LLC artist Dre Banks is making major moves. From a million streams on spotify, to a music video shot by the legendary Peter Parker, and a tour.

GRAND RAPIDS, MI, UNITED STATES, September 30, 2021 /EINPresswire.com/ — Real Life Music, LLC would like to extend our congratulations to Dre Banks for achieving the monumental goal of 1 million streams on one song on spotify!

They started by dropping the lyrical masterpiece We On ft Juney Knottz and legendary wordsmith AZ.

Since then, they have partnered with Xxelulous Music Group, and 300 ENT to roll out their debut single : Dre Banks ft Trina – Boyfriend/Girlfriend with legendary producer Baby Paul.

His business partner and Producer Baby Paul has an extensive and legendary discography, and he produced a large part of AZ’s new album Doe or Die II.

There has been a whirlwind of activity that has occurred following the release.

Instagram is up to 50,000 followers and a blue check mark is on the way.

There is a beautifully rich and vibrantly detailed music video with 200,000 plays

Dre Banks has been going around the country performing and promoting his hit record.

The record has made it to #138 on the Urban charts with Mediabase/BDS..

Dre Banks even showed up on the Instagram EXPLORE page!

Dre Banks posted on his Facebook : “I want to say Thank to all my Fb friend who congratulated me on this success! This is not a win for me alone but a win for our city! I’ve been very humble getting to this point! I hope to open doors for artist out of Gr because for so many years, we have been getting look over. They have manny artist coming out of Detroit, But hardly none from Gr. There is so many great artist here that is crazy they haven’t blew up yet….. But now the light is on us now! So let’s show the world Wh we made of! From this day forward , I promise to hold the city & put it on my back💪🏾 So When y’all see my video on the screen! B proud! We deserve it! Gun ru, It’s our turn! Let’s gooooooo!!!! Love y’all 4life☝🏽🥂✅ #BanCo #XmG #RealLifeLlc #300Sparta “

We asked Dre Banks to give us a quote for the readers and he said “My name is Dre Banks, Recording Artist, Music producer, Song writer & Independent label owner. I recently reached over a Million views of my single with Trina.
I have many well known artists featured on my Up & coming project “BanCo CheckMate” dropping more towards the end of the year! I have other artists with me as well such as Torrey Carter who was recently signed with Missy Elliot the song was called “Take That!”
Jay Toliver & TnT! I am the new Cash Money bo$$ in the Game With a lot to offer! “

Mega Producer Baby Paul said “Thank You ALL for supporting the single by Dre Banks ft. Trina – special shout to all our folks in Michigan and Miami who supported the song and music video from the beginning, we are breaking the 1 million streams barrier on Spotify independently!”

Real Life Music, LLC C.E.O. NoxBond said “I couldn’t be more proud of our fam, Dre Banks. He had a vision, and he followed through with it. He planned every step of the process, and he dedicated himself to breaking into this market before we got him involved with a major deal, and he has definitely exceeded his goals.”

Real Life Music, LLC Vice President Lukazi said “congratulations to our family Dre banks on reaching a million streams on boyfriend girlfriend that is a huge milestone we are super proud of you we know you’re heading to the top brother”

His label mate and Real Life Music, LLC C.O.O. Trill Will said “Congrats to the whole Dre Banks World family. I knew when i heard it that miami vibe would be a top streamin record for Dre.”

Head A&R DJ Calie Remix said “I brought Dre Banks into the Real Life Music family with Moe Mccoy because I thought he was different, he has a different sound and a different look. Our company is different and on a whole other level and I knew we could help him get to the goals that he wants to achieve. I wanted him to learn the business as well as not just being an artist, but learning the business side of things because our boss, NoxBond is really good at teaching artists the ropes about the music industry and what goes on behind the scenes.”

DJ Blayze, Program Director for Next Level DJ Coalition Radio said “”Next Level Coalition and Next Level are so proud of Dre Banks reaching a million streams on his song Boyfriend/Girlfriend. The collaboration with Trina is a good one and they looked good together in the video. Song reminds me of the throwback with Blackstreet and Janet Jackson”. “We are definitely keeping the song in our power rotation on Next Level DJ Radio.”

HIs label mate Blakk Da Profit said “”Big shout out to Dre Banks for being confident enough to step outside of the norm and do something different. It’s DEFINITELY paying off in a MAJOR WAY #SALUTE”

Dre Banks has a massive team, and several partnerships!

He already has several artists under his label, including Jay Toliver, Kyd Offixial, Torrey Carter, and his son Juney Knottz who has a deal with Money Man through Empire Records! Itz up and itz stuck!