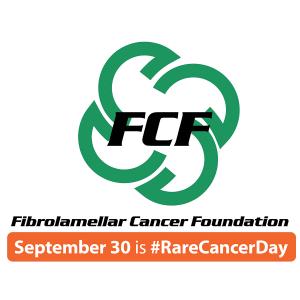 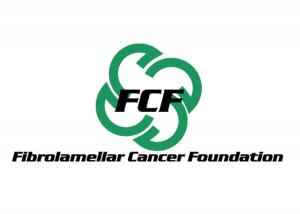 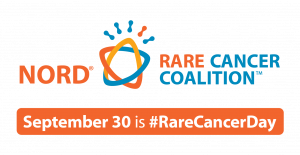 FCF has spent over $9 million, across 20+ research institutions who’ve agreed to collaborating and sharing data. This approach has led to important discoveries

FCF, now in the 12th year of its mission to fund research for FLC curative treatments, is using a collaborative approach to research, awareness and patient support – and it’s making a difference.””
— John Hopper, President of the Fibrolamellar Cancer Foundation

GREENWICH, CT, UNITED STATES, September 28, 2021 /EINPresswire.com/ — Over 25% of all diagnosed cancers are considered rare. And few have any standard of care, or curative therapies. On this year’s Rare Cancer Awareness Day (#RareCancerDay), September 30th, one rare cancer foundation, Fibrolamellar Cancer Foundation, is showcasing how working together can create a loud impactful noise and help advance research for this patient community.

FCF has spent over $9 million, across more than 20 academic research institutions who all agree to the principals of collaborating and sharing data with one another. This approach has led to important new discoveries such as a driver mutation for this aggressive cancer, new clinical trials and screening of thousands of existing drugs with potential hope one or several may show promise to slow down the progression or cure cancers such as FLC. FCF also believes in encouraging data sharing amongst other rare and gastro intestinal (GI) cancers, and has helped create global alliances and coalitions with many other cancer foundations, such as the GI Cancers Alliance in addition to RCC.

FCF’s collaboration formula has grabbed the attention of major pharmaceutical companies and powerhouse global foundations like the Chan Zuckerberg Initiative, which is currently funding FCF as one of the inaugural rare cancers in its Rare as One Network.

About the National Organization for Rare Disorders (NORD®): The National Organization for Rare Disorders (NORD) is the leading independent advocacy organization representing all patients and families affected by rare diseases. NORD is committed to the identification, treatment and cure of more than 7,000 rare diseases, of which approximately 90% are still without an FDA-approved treatment or therapy. Rare diseases affect over 25 million Americans. More than half of those affected are children. Information about NORD can be found at www.rarediseases.org

About Fibrolamellar Cancer Foundation: FCF, a public 501c3 nonprofit organization based in Greenwich, CT, was founded in 2009 by 27-year-old Tucker Davis, who lost his life to Fibrolamellar after an 18-month fight. FCF has funded nearly $10 million in research across more than 24 major institutions in the U.S. and internationally. 100% of all donations go towards research. All FCF’s overhead and administrative costs are paid by the Charles A. and Marna Davis Foundation and Stone Point Capital. For more information, visit www.fibrofoundation.org and also interact with us on our social media channels: Facebook, Twitter and Instagram.