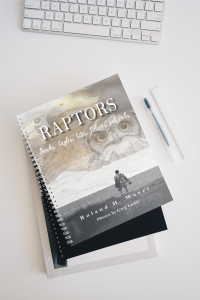 The 42 species that make up this book come to life through colorful illustrations that are a cure for
sore eyes and well-captured photographs by Greg Lasley.

A few can be found only in special habitats in various areas of the country.”
— Roland H. Wauer

PITTSBURG, CA, USA, September 29, 2021 /EINPresswire.com/ — Sharing his passion and knowledge to anything involving wildlife, Roland H. Wauer’s Raptors: Hawks, Eagles, Kites, Falcons and Owls is another masterpiece of his that includes 42 species of hawks, eagles, kites, falcons, and owls. Anyone who is an avid fan of what nature has to offer which includes the subtle and revealing magnificence of the wildlife. The author digs from his 32 long year career as a park ranger and biologist and working in 8 national parks.

Raptors and the author’s other books were curated to apprise readers of the faction of earth’s species.

The 42 species that make up this book come to life through colorful illustrations that are a cure for sore eyes and well-captured photographs by Greg Lasley. Found in the pages of the book are the species’ habitat preferences, life histories, and personalities that many of us may not have known.

Wauer also offers comments on some of the common species that can be found on most days such as the red-tailed hawks and the great-horned owls. Readers can also feast their eyes on several magnificent creatures such as the bald and golden eagles, swallow-tailed kites, and the infamous ospreys.

Readers will see in a new light the few species found only in special habitats in various areas of the country, examples include Harris’s and zone-tailed hawks, spotted and snowy owls, and the great gray owls.

Even after penning 29 books on National Parks and wildlife since his retirement from the National Park Service, Roland Wauer still has the same overflowing yearning to write more books that inspires people to love the wildlife as much as he did.

About Authors Press
Authors Press is an online publishing company and book reseller catering to the needs of both experienced and aspiring authors as well as readers. They offer the best publishing solutions for full-time and independent authors. The company’s team of proofreaders, editors, designers, and publishing professionals are committed to achieving industry standards for their client’s work to be published, marketed, and sold.