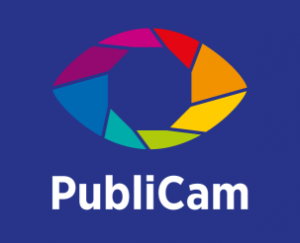 PubliCam Streaming, a tool that allows streaming of surveillance videos to the police in emergency cases, goes live in the school District of Morgan Hill, CA

CHICAGO, IL, USA, September 8, 2021 /EINPresswire.com/ — PubliCam Streaming goes live in the school District of Morgan Hill, CA. PubliCam Streaming, developed by Publisafe, is a tool that allows streaming of private surveillance videos to the police in emergency situations with the owner’s consent. Cooperating with the Morgan School Police Department and the local School District, Publisafe implemented PubliCam Streaming to allow police to view more than two hundred cameras at several local schools and District buildings if/when a situation warrants. While the intent of PubliCam is to provide access to cameras only in an emergency, some School Districts and Police Departments may decide that more regular access to cameras may eliminate the need for SROs to visit school campuses, thus reducing the police footprint.

Although in many cities police have access to public cameras, there are many more private cameras that could be a crucial crime fighting tool but are usually out of reach to the police. Access to real-time video feeds from these private cameras could be imperative to planning police operations and protecting officers. The main obstacle to private camera access is the issue of camera owner privacy. PubliCam Streaming addresses this hurdle with a new and innovative approach, which allows police to gain access to critical information while still allowing the camera owners to maintain control over their equipment and ensuring their privacy.

PubliCam Streaming is a joint public-private initiative program that encourages citizens to register their security or surveillance cameras with local police. Its cloud-based software transmits video feeds from registered cameras to the police, but only upon police request once an incident is reported. At all other times video acquisition by police is prohibited and the owner can verify that cameras are not being accessed.

When police receive a 911 call or are otherwise notified, the address of an incident is entered into the system, which allows PubliCam to locate registered cameras within a certain radius of the incident. PubliCam then acquires the video feed from those cameras, processes it and delivers it to the police command center using a web-based app. Camera owners are alerted to the fact that video feed is being transmitted to the police in real time and can terminate it if access is unwarranted. The owner is also notified of the name of the officer who initiated the access. The video acquisition process is halted by police once the operation is over, or after a predetermined period. As soon as access to the cameras has been terminated, the owner receives another message, with a termination timestamp.