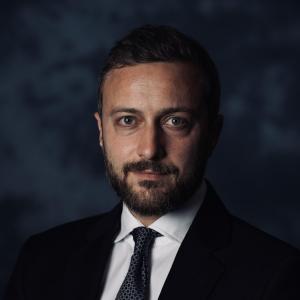 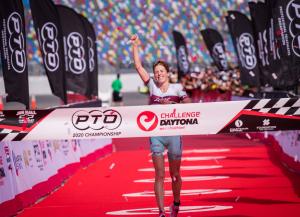 LONDON, ENGLAND, January 5, 2021 /EINPresswire.com/ — The Professional Triathletes Organisation (PTO) today announced that it has appointed Tim Godfrey as Chief Marketing Officer. Godfrey will be a part of the leadership team at the PTO, reporting directly to CEO, Sam Renouf and will be responsible for heading the organisation’s global media and marketing strategy.

Throughout Godfrey’s career in the sports media and entertainment industry, he has built and executed media and marketing strategies for rapidly growing organisations, most recently the global sailing championship, SailGP and prior to that FIA Formula E, now one of the fastest growing sports properties in the world.

As part of the SailGP leadership team, Godfrey was Chief Media & Marketing Officer. After joining at the beginning of SailGP’s inaugural season, Godfrey hired and scaled a new media and marketing team responsible for broadcast production, media rights sales, non-live content, digital and social and branding and promotion that delivered transformative media impact and value in its first season.

Prior to SailGP, Godfrey served as the Director of Sports Partnerships at ITN Productions and as Head of Media at FIA Formula E. At ITN Productions, Godfrey repositioned the sports business with a new multi-platform, digital and partnership approach which helped secure new deals working alongside global sports federations, broadcasters, rights holders and brands including the ICC, IAAF and Channel 4. As a key member of the original series launch team at Formula E, he created and executed the media strategy across media rights, broadcast, digital, data, content creation and distribution.

Godfrey’s new role at the PTO will oversee all media and marketing initiatives with an immediate focus on the first edition of the much-anticipated Collins Cup.

Sam Renouf, Chief Executive Officer of the PTO, said: “We are excited to have Tim come on board as the PTO’s first Chief Marketing Officer. Tim has an excellent track record of working for internationally renowned sports media organisations and in his new position at the PTO, will be responsible for promoting Triathlon on a global scale to the next generation of fans and attracting new audiences through innovative content, storytelling and a best-in-class broadcast product. Having established the PTO with our inaugural event, the PTO 2020 Championship at CHALLENGEDAYTONA®, we are ready to take the Sport to the next level with Tim’s expertise and talents.

Tim Godfrey said: “I am delighted to have the opportunity to be joining the PTO as its first Chief Marketing Officer at such an exciting time for the organisation and the sport. Since speaking to Sam and the rest of the PTO leadership I quickly came to see the huge potential. I look forward to shaping the future of the company alongside Sam and the team. It is evident that triathlon has a massive opportunity to consolidate and grow its fan base, create a consistent, fan-focussed media proposition centred around major events and compelling athlete storytelling. The PTO is perfectly positioned to do this through its innovative ownership structure alongside Sir Michael Moritz’s Crankstart Investments and the professional athletes themselves to capitalise on this huge opportunity.”

About the Professional Triathletes Organisation