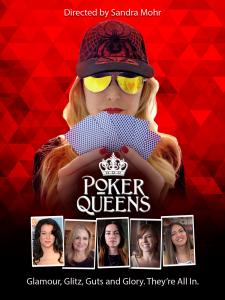 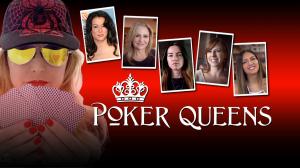 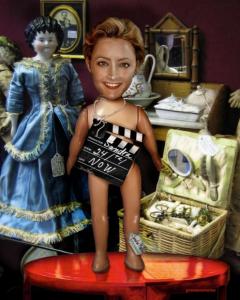 Poker Queens tells the stories of women who have learned to dominate the poker table.

No woman has ever taken home top prize at the World Series of Poker Main Event.”
— Global NEWS Live

LAS VEGAS, NEVADA, UNITED STATES, October 8, 2021 /EINPresswire.com/ — In 2020 the Coronavirus pandemic forced cancellation of The World Series of Poker (WSOP), the most elite card competition in the world. While the WSOP is scheduled for Las Vegas this September, there is no guarantee that the new COVID Delta variant won’t restrict or cancel it. If that happens, poker lovers can still get their game fix with movies like Rounders, Molly’s Game and, a standout among the newest poker films, POKER QUEENS.

Exclusively on Amazon Prime, POKER QUEENS is one of the most highly rated poker documentaries. This film presents an intimate look at the most successful and fascinating women in the world of professional poker.

Director Sandra Mohr, herself a skilled player, sought to reach beyond the world of poker lovers. “Some of our best reviews are penned by people who’ve never been exposed to the colorful subculture of poker. They’re inspired by the remarkable women in our film, and many give the game a try after watching,” she says.

No woman has ever taken home top prize at the World Series of Poker Main Event, which was established in 1970. Among the obstacles women must overcome are anxiety over competing in a male dominated sport, and fear of the unknown. Although poker is a relatively simple game to learn, like chess, it can take decades to master.

Popular actress and poker pro Jennifer Tilly admits it can be “intimidating” walking into a guy’s game. But she, and the other bold female players featured in the documentary, are up for the challenge. Many of the women featured earn millions playing the game.

The women in the documentary are skilled, competitive, and willing to do whatever it takes to win. Featured poker personality and author Sia Layta employs a “Drag King” gambit to gain a winning edge. With the help of a top Hollywood makeup artist, Sia transforms from a woman into “one of the guys,” and it works. She quickly triples her winnings in Texas Hold’Em tournaments and cash games. Poker Queens highlights the drama that unfolds when officials at the WSOP single her out with the threat of disqualification, and the loss of her $10,000 entry fee, should she compete in their event disguised as a man.