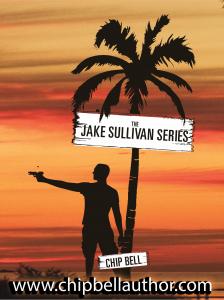 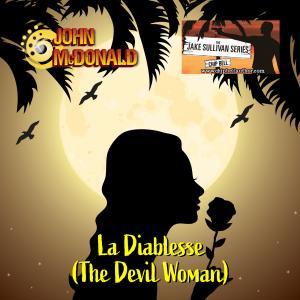 Singer Songwriter John McDonald’s new song is based on the plot of Why Don’t We Get Drunk, the next installment in the Jake Sullivan Series 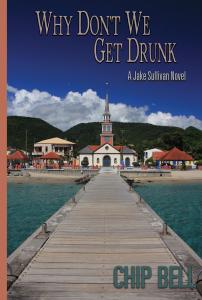 Jake Sullivan’s adventure in Why Don’t We Get Drunk takes place on the island of Martinique, steeped in French creole culture and mythology

Now that we have a wonderful, new brewery in Pittsburgh with a Caribbean theme, it’s an ideal time to throw a fun, end-of-the summer party”
— Chip Bell

Bell, a Tarentum PA native and practicing attorney specializing in personal injury litigation, will release the next installment of his Jake Sullivan Series, which takes place in tropical destinations throughout the Caribbean, Central and South America.

Titling the book Why Don’t We Get Drunk, Bell proclaims “now that we have a wonderful, new brewery in Pittsburgh with a Caribbean theme, it’s an ideal time to bring back John McDonald and throw a fun, end-of-the summer party with great, live music celebrating my 19th novel which is set in Martinique.”

McDonald, best known in Western PA as the front man of the perennial party band John McDonald & the Mango Men, recently brainstormed long-distance with Bell about his hero/ protagonist Jake Sullivan and the specific plot of Why Don’t We Get Drunk; the result is a brand, new theme song for the novel called La Diablesse (The Devil Woman), written by McDonald and his collaborator Rick Beresford.

“As a songwriter, I’m always looking for new sources of inspiration and Chip’s novels are full of compelling characters and adventures, all of which take place in beachy, island settings that are right up my alley” laughs McDonald.

Although Bell and McDonald are both Duquesne University graduates who traveled in similar circles for many years by virtue of their mutual passion for tropically flavored stories, Caribbean history, and Jimmy Buffett’s Parrot Head lifestyle generally, they didn’t meet in person until 2018 when they bumped into each other outside Captain Tony’s Saloon in Key West, Florida.

“I’ve been a fan of John’s original music for a long time and his career as a ‘Coastal Americana’ artist has really blossomed since his move to Florida.”

McDonald was also recently nominated in 8 categories for the Annual TRMA Trop Rock Music Awards held on November 5, 2021 at The Key West Theater, including Album, Music Video and Song of the Year. His Mango Men bandmate Dale Cinski was nominated for Musician of the Year.

For event information or to purchase tickets in advance, please visit:
https://commerce.arryved.com/location/BYkVSKDq/modality/pickup/#BYkVSKDqBK9VHpoVCl5FHzv1.

John McDonald celebrates summer with a music video for ‘Rooftop Island,’ nominated for Song of the Year at The Annual TRMA Trop Rock Music Awards in Key West FL