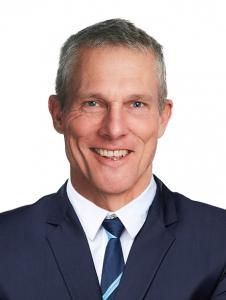 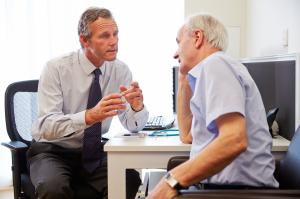 Dr. Kieburtz has an extensive track record in Parkinson’s disease and is a proven leader in central nervous system disorders.”
— Kent Savage, CEO

Dr. Kieburtz has extensive experience executing clinical trials for Parkinson’s disease programs across all stages of development. Dr. Kieburtz is currently President of Clintrex Research Corporation, a leading clinical research organization that facilitates the clinical and regulatory aspects of drug and device development for biotech and pharma organizations. Dr Kieburtz’s role as CMO is part of an on-going collaboration between PhotoPharmics and Clintrex. He also continues as Professor of Neurology at the University of Rochester, where he was founding director of the Center for Health & Technology (CHeT).

“We are delighted to welcome Dr. Kieburtz to lead our clinical development,” said Kent Savage, President & CEO of PhotoPharmics. “He has an extensive track record in Parkinson’s disease and is a proven leader in central nervous system disorders. His insight and expertise will be invaluable to PhotoPharmics as we advance development of our therapies in Parkinson’s disease and other neurodegenerative diseases.”

“I am excited to join PhotoPharmics, an emerging leader in non-invasive light therapy for neurodegenerative diseases,” said Dr. Kieburtz. “PhotoPharmics and Clintrex have been collaborating for several years on a developing a clinical and regulatory strategy for a therapeutic light to treat the motor and non-motor features of Parkinson’s disease. I am pleased to move to the next phase of clinical development with PhotoPharmics, taking on the role of CMO and helping to guide the company through a final pivotal study and towards commercialization. The product has great promise, given the results to date, its simple non-invasive approach, and its ability to be used along with all available PD therapies.”

In addition to his work at the University of Rochester and Clintrex Research Corporation, Dr. Kieburtz was the initial Robert J. Joynt Professor in Neurology and served as the Senior Associate Dean for Clinical Research and Director of the Clinical & Translational Science Institute in Rochester. His primary research interest is novel therapeutics for neurodegenerative diseases. He led the NINDS sponsored trials of neuroprotective agents for PD (NET-PD), served as the Chair of the Executive Committee of the Parkinson Study Group, and directed the Clinical Core for the Fox Foundation sponsored Parkinson Progression Marker Initiative. He previously served on and chaired the FDA Advisory Committee on Peripheral and Central Nervous System Disorders. In 2009, he was one of the co-founders of Clintrex Research Corporation which has collaborated with over 150 organizations in developing products for brain and neurological disorders. Dr. Kieburtz received his BA in Neuroscience from Amherst College and completed his MD and MPH degrees at the University of Rochester as well as his neurology training and Fellowship in experimental therapeutics.