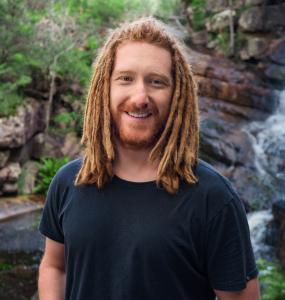 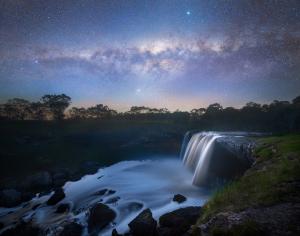 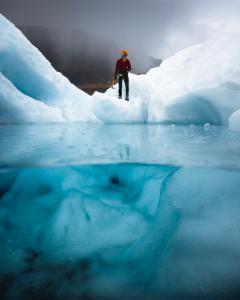 Icelander Glacier Under Over 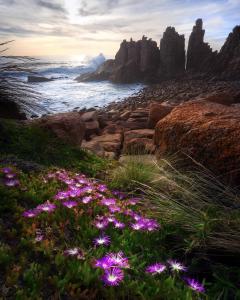 MELBOURNE, AUSTRALIA, February 8, 2021 /EINPresswire.com/ — The young photographer is well-known for his shots of rare natural phenomena and is one of the latest Nikon Z Creators. Nikon Z creators are a selection of talented visual artists who share their crafts in unique ways for Nikon, and these inspired artists share singular stories in ways which are unique to them.

The landscape photographer is also a Nikon school lecturer who helps other photographers gain traction in the industry. As a school lecturer he hosts numerous photography courses and holds workshops in regional Victoria and Melbourne. His official partnership with Nikon Australia gives him the chance to travel and photograph both Australian and international landscapes. Some of the notable locations he’s captured on film are The Twelve Apostles, Milford Sound, The Grampians, and Uluru.

Josh Beames’s work includes rare shots which haven’t been captured by other photographers. “Lightning & Bioluminescence” is a once-in-a-lifetime photo taken in Lorne, a seaside town, where he traveled to once he heard about the phenomenon of bioluminescence. Once he arrived at his destination, there was a storm brewing and the scene was set for a spectacular view. From an isolated spot on the beach, Josh was able to capture the moment where both lighting and bioluminescence converged in one spot. This photograph was noted by experts for being unique and one-of-a-kind.

His other notable shot “Iceland Glacier Under Over” features the stunning glaciers which Iceland boasts. Josh, his partner TJ and a guide found a small oasis as they were visiting the site, and it turned out to be a rare occurrence. Most often, water slides down the cracks and it disappears quickly. As another storm passed overhead, Josh found an ice ledge and dipped his camera in the water in order to get a shot that most others don’t have the opportunity to.

Josh’s interest in nature started from a young age when he explored the neighborhood, as a teen when he visited the Great Ocean Road, and as an adult when he traveled all over the world. He uses his photographic talent to show others the beauty that he sees in nature. It is his hope that his work inspires others to want to protect the planet all around us.

This passion for the environment is evident in the diverse landscapes which he shows and the natural phenomena which he allows everyone to see through his work. However, Josh Beames started his journey to become a successful photographer in 2012 on an iPhone 4 and a GoPro.

Soon after he started, he realized that he would need more refined equipment so he bought a DSLR in 2014. Once he gained even more experience and optimized his skill, he moved on to a Nikon D750. After one of his photos was featured in the Herald Sun Newspaper, he was contacted by Nikon Australia, and so his journey began with the industry icon.

Before he was hired, however, he was given two weeks to showcase his talent with a D850 which, at the time, hadn’t been released yet. Once he showed his merit, he became a Nikon lecturer.

According to Josh, “This opportunity is one that I will always be grateful for. I have the chance to help other budding artists overcome some of the hurdles I had to get through. I teach them that they need to stand out amongst the thousands of others photographers who want the same things that they do. It’s important to be brave and to use different features which will make your images stand out, especially in a world where everyone has an iPhone and loves constantly taking photos. As photographers, we have to use different angles which showcases the gift that we have for knowing which photo is worth taking and how to make it shine.”