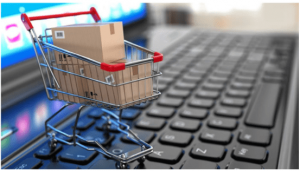 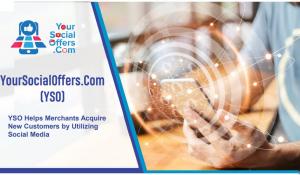 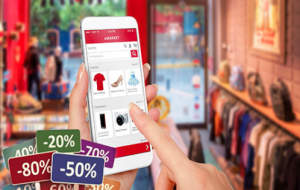 Pennexx, Inc. (PNNX) is a technology company within the Software / Internet and Fintech industries. Products capitalize on the multibillion dollar social media market by enabling merchants to use social media to acquire, retain and grow their customer base. YSO users scan a QR code or click a post online, register and share that reward with their friends.

PNNX is developing prepaid debit cards which link to its YSO program so rewards can be automatically added. YSO will also leverage artificial intelligence (AI) to optimize and create targeted marketing campaigns. PNNX has acquired BitGift, a company that is creating a unique pre-paid debit card. PNNX utilizes patent pending technology and will be submitting additional patents for example, “A system for monetizing social influence.” PNNX earns money through subscription fees, per use charges, transactional fees and contracts with its customers.

PNNX is currently poised to reach millions of users through its viral social media approach. PNNX helps businesses grow more efficiently than traditional marketing campaigns. This approach decreases the acquisition cost of acquiring new customers. Customers login through the merchant portal to control their campaigns and view reports on the status of their success. YSO has shown a 96% adoption rate among businesses.

 PNNX Your Social Offers Has Joined Affiliate Networks to Bring Access to Tens of Thousands of Coupons from Big Brands Like Amazon, BestBuy, Dell, Rakuten, Groupon, TigerDirect, and Many Others to Its YourSocialOffers.com Users

On February 26th PNNX announced it has integrated YourSocialOffers.com (YSO) with affiliate networks to bring consumers savings for some of the most desired brands. Well known brand names include Amazon, BestBuy, Dell, Rakuten, Groupon, TigerDirect, and more.
YSO will earn a commission for visitors brought into affiliate’s marketing channels, adding another revenue stream for PNNX. This new feature also has other benefits, such as adding significantly to the content available to consumers and making the website more desirable to merchants due to the increased traffic.

 PNNX Files Another Patent, “Systems and Methods for Coupon Management and Redemption”

On February 22nd PNNX with patent attorney Stephen James Lewellyn, filed a patent to protect the company’s intellectual property and raise the value of the company. Outlined in this patent is the use of QR codes that have become a well-known and well-understood technology as they have come into excellent service during the COVID pandemic.

This is important to PNNX because it protects them from competitors entering the market and duplicating the technology PNNX has invented. Major companies patent their technologies and consider them an asset to the business.

This patent application entitled “Systems and Methods for Coupon Management and Redemption” covers how the YourSocialOffers.com (YSO) system controls the management and redemption of coupons so that merchants can be assured that coupons are used appropriately. It includes a cryptographic approach that uses encrypted keys called private keys and public keys to create digital fingerprints known as signatures. The system uses those signatures to authenticate users.

This patent also outlines the method by which merchants can interact with the PNNX YSO system to accept and redeem coupons, an essential aspect of merchant confidence.

East of Chicago Pizza https://www.eastofchicago.com plans to use YourSocialOffers.com (YSO) to promote its brand and build its customer base through social media marketing. East of Chicago Pizza is headquartered in Ohio. They plan to expand to 150 restaurants in the next five years and are actively seeking Franchisees.

Business owners understand how “coupons can drive more than just sales. They’ve been shown to increase brand awareness, generate loyalty and influence overall purchasing decisions” according to https://capitaloneshopping.com/blog/coupon-statistics-4c49b386c833.
This type of campaign will help merchants become aware of this cost-effective means of generating new customers and building brands with digital word of mouth advertising.

On February 4th PNNX announced an agreement with Assurance Dimensions, a certified PCAOB, to begin the formal audit process for the financials necessary to up-list to the OTCQB. Having audited financials provides the public with assurance that their financial statements can be relied upon. This provides an excellent indicator toward investor confidence.

Being audited and up-listed to the OTCQB enables the company to be purchased by a greater range of institutional investors. This will validate that PNNX is maintaining its finances by utilizing generally accepted accounting practices (GAAP), providing transparency.
According to https://myboyum.com/ma-and-due-diligence/do-reviewed-or-audited-financial-statements-add-value/, “These services are an investment in the company that can improve the business and lead to greater earnings in the long run.”

On February 2nd PNNX submitted to the United States Patent Trademark Office its formal application for “Systems and Methods for Running Social Media Marketing Campaigns.” This application claims the benefit of U.S. Provisional Patent Application Serial No. 62/967,679 filed in 2020 and covers aspects of the PNNX http://yoursocialoffers.com social media merchant marketing technology. This is a significant milestone in the company that can increase future shareholder value and protects its existing technology.

Upon approval, a patent gives PNNX the right to stop others from copying a PNNX invention without permission. This would prevent other companies from competing with PNNX using its invention and increase its value as it protects its intellectual property. It would also put PNNX in a position to license the technology, providing another possible revenue source. This patent will be viewable publicly upon publication by the U.S. patent office and covers a number of aspects of the PNNX Your Social Offers platform.

 PNNX Expects Profits for the First Quarter of This Year

On January 28th PNNX announced it has received sufficient revenue to support all of its first quarter expenses and leave a remaining profit. The revenue is primarily from the multi-million dollar bundling deal that it entered into in the fourth quarter of 2020 with an OEM device manufacturer for its https://YourSocialOffers.com (YSO) platform.
This revenue is expected to support the PNNX budgetary expenses fully. It includes future payments calculated that could keep the company profitable throughout 2021 and into 2022.

PNNX management points out that it expects in addition to this initial bundling revenue deal, the contract’s execution will create additional revenues through other revenue models, including direct sales, subscriptions, revenue sharing, and marketing proceeds. This additional income could exceed the PNNX agreements ‘multi-million dollar’ bundling revenue. This is the first of a number of deals that PNNX is working to achieve. Each sale increases the company’s ability to grow more rapidly and efficiently.

These news releases and postings may contain forward-looking statements within the meaning of the Securities Litigation Reform Act. The statements reflect the Company’s current views with respect to future events that involve risks and uncertainties. Among others, these risks include the expectation that any of the companies mentioned herein will achieve significant sales, the failure to meet schedule or performance requirements of the companies’ contracts, the companies’ liquidity position, the companies’ ability to obtain new contracts, the emergence of competitors with greater financial resources and the impact of competitive pricing. In the light of these uncertainties, the forward-looking events referred to in this release might not occur.
SOURCE: CorporateAds.com