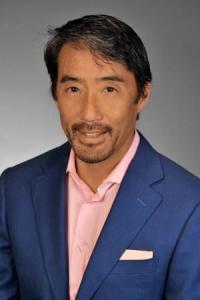 While working with the global investment bank Lehman Brothers from 2006 to 2008, Paul Inouye provided a range of strategic advice to technology clients

PORTOLA VALLEY, CALIFORNIA, UNITED STATES, October 19, 2021 /EINPresswire.com/ — While working with the global investment bank Lehman Brothers from 2006 to 2008, Paul Inouye provided a range of strategic advice to technology clients with a specific focus on the Internet and digital media sectors.

Over the course of an extremely long and successful career in investment banking, Paul Inouye has accepted key appointments with leading technology banks such as Morgan Stanley, Perella Weinberg Partners, the Piper Jaffray Technology Group of U.S. Bancorp, and Robertson Stephens. One of the highlights of his professional history is the nearly three years he spent as a managing director with Lehman Brothers.

Born in San Francisco and raised in San Carlos, Paul Inouye attended Bellarmine College Prep in San Jose and the University of California Berkeley before leaving his California home to secure his Master of Business Administration from The Wharton School at the University Pennsylvania. In addition to his work with Lehman Brothers, he served as a technology investment banker at Morgan Stanley, US Bancorp Piper Jaffray, Perella Weinberg, and Moelis & Company.

Specifically, Lehman brought Paul aboard to important broker technology, media, and telecom deals that existed at the nexus of both media and new media.