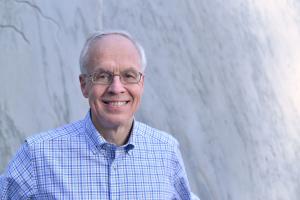 It appears, over the last few weeks, that our process for drawing new political maps is broken. The process has been taken hostage by partisan opportunists who seek to game the system in their favor.”
— Dr. Bud Pierce, Oncologist and Candidate for Oregon Governor

SALEM, OR, USA, September 30, 2021 /EINPresswire.com/ — Democratic Governor Kate Brown signed redistricting bills into law this week, officially approving congressional and legislative maps drawn along partisan lines. Republicans said the maps were not faithful to the legal guidelines governing redistricting and only further seeks to benefit the party currently in control.

Dr. Bud Pierce, Republican candidate for Oregon Governor, expressed disappointment over how House Speaker Tina Kotek (D) handled this process. Kotek broke a deal she had made with Republicans and made it so the new maps would give her party permanent power for at least another decade.

The Oregonian reported that in their analysis, the plan “would likely give Democrats a good chance of maintaining their supermajority in the House and expanding it in the Senate while giving more current state representatives and senators a good chance to win reelection.”

“The way the majority party ‘gerrymandered’ the districts is absolutely wrong. Our politics are polarized, and a major reason is non-competitive districts,” said Pierce. “If our process here in Oregon remains in the hands of legislators, we will continue to end up with nonsensical maps. That’s why having an independent commission is so important to this process,” said Dr. Pierce.

He added, “It appears, over the last few weeks, that our process for drawing new political maps is broken. The process has been taken hostage by partisan opportunists who seek to game the system in their favor.”

About Bud Pierce: Bud Pierce, M.D, Ph.D. is a business owner and senior partner of Oregon Oncology Specialists, one of the last physician-owned practices on the West Coast. He announced his candidacy for governor on the Republican ticket in April 2021. Approved photos and biography can be found at www.BudPierce.org/newsroom. To arrange an interview with Dr. Pierce, email news@budpierce.org.