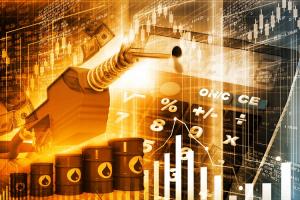 Petraco is one of the oldest independent trading companies in the World, priding itself on great expertise and strong connection with its customers.

In 1859 the human race discovered a huge treasure chest in its basement. This was oil and gas.”
— K.E.B.

LUGANO, TESSIN, SWITZERLAND, March 15, 2021 /EINPresswire.com/ — OPEC surprised several players in the oil industry on the 4th of March, choosing to continue with its production cuts for another month. Trafigura, Glencore and Petraco all reacted to the news, with prices rising closer to $70/ bbl following the announcement.

All OPEC+ members will continue with their current quotas, apart from Russia and Kazakhstan who have been allowed to raise their output by 130,000 b/d and 20,000 b/d respectively. A spokesman for the Petraco Group commented: “Last month’s weather disruption in Texas, compounded with increased sentiment of demand recovery for the second half of 2021, had already gradually increased prices. It is thus understandable that this latest OPEC news rallied prices further.”

OPEC’S decision follows Saudi Arabia’s long pragmatic stance. Since its first oil minister, Sheikh Ahmed Zaki Yamani, the country has continuously adopted a strategic, long-term influence on the oil industry. From the early 1970s, Yamani seized market share from the oil majors, nationalised Saudi Aramco and attempted to have bargaining power within OPEC. Although in the middle of the 1980s it ceased acting as a swing producer, it cannot be denied that Riyadh plays a significant role in the industry through its approach of pragmatism and rationality. This time, Riyadh will continue with its January decision to cut 1 M b/d, again reinforcing this long-term stance. The current oil minister, Bin Salman, has repeatedly stated that this cut will slowly be rolled back, but this will not materialise in the course of one month.

Differently to Saudi Arabia, Russia has been a supporter of production increases. Its deputy prime minister, Alexander Novak, stated that he is “carefully optimistic” that the market is stabilising in the medium term, and that “the situation is much better than a year ago and this fall”. However, OPEC’s latest decision to continue with production quotas highlights to continue fragility of the market, and the fact that players should still be cautious in the short term. According to Petraco “it is clear that Russia and Saudi Arabia continue to have a diverging view on the capacity of the market to absorb larger oil volumes, and the true success of this latest meeting will centre on whether both parties can agree on how to move forward”.

According to Trafigura and several other trading houses, OPEC has done a “fantastic job” of stabilizing prices, sharing optimism that demand levels will recover both in the US and Europe. While it is currently the case that most countries in Europe are in some form of lockdown, the trading house believes that Europe can outperform in the second half of the year.

It is clear that the OPEC announcement has helped offset the rise in commercial US crude stocks. Sources from the EIA announced that US inventories rose by nearly 22m bl in the previous week, a rise not seen since 1982. Gulf Coast Refineries finally reopened after the winter storms, leading to a substantial rise in imports. While production has therefore increased, there is still a long-way to go from the pre-Covid 19 pandemic levels.

Jianpu Technology (NYSE:JT) Survey: Impact of the New Round of Tightening Regulation on Real Estate Market is Spreading