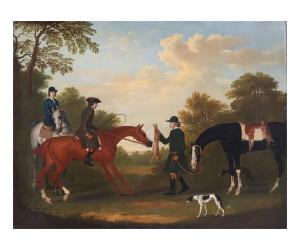 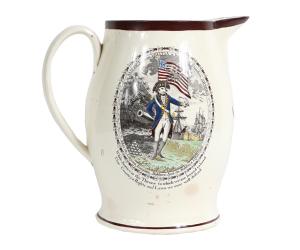 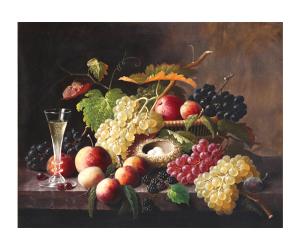 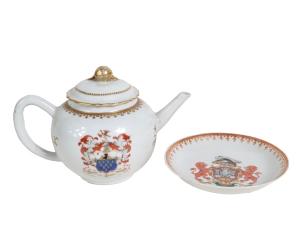 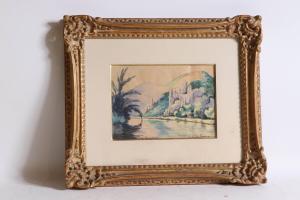 The sale, at 10 am Eastern time both days, will be headlined by property from Winston F.C. and C.Z. Guest, the estate of Mrs. Mimi Adler, the NAMITS collection

The auction features a curated selection of property from private collections, with an emphasis on American and European furniture, sporting art, Chinese ceramics, rugs and contemporary and modern art”
— Andrew Holter

BLOOMFIELD, NJ, UNITED STATES, October 12, 2021 /EINPresswire.com/ — Nye & Company Auctioneers’ two-day, online Chic and Antique Estate Treasures auction slated for Wednesday and Thursday, October 27th and 28th, will be headlined by property from Winston F.C. and C.Z. Guest, the estate of Mrs. Mimi Adler, the NAMITS collection, the collection of Steve and Stephanie Alpert, items from The Millbrook School and property from the collection of Mr. and Mrs. Peter G. Terian, starting at 10 am Eastern time.

The sale will feature a broad and diverse selection of fine and decorative arts. Real time Internet bidding and absentee bidding will be provided by LiveAuctioneers.com, Invaluable.com, Bidsquare.com and the Nye & Company website: www.nyeandcompany.com. Telephone bidding will also be available on a limited basis.

“This auction is going to be a special sale and is sure to delight collectors, dealers and institutions alike,” said Andrew Holter of Nye & Company Auctioneers. “It’s composed of an exceptionally curated selection of property from private collections, with an emphasis on American and European furniture, sporting art, Chinese ceramics, rugs and contemporary and modern art. Also, a nice group of modern furniture complements the contemporary art.”

One of the headliners of the auction is the collection of Winston F.C. and C.Z. Guest. Winston Frederick Churchill Guest was born in England in 1906 and was named after his godfather and his father’s best friend and cousin, Sir Winston Churchill. He was raised in the company of great men. His father, Captain the Right Honourable Frederick E. Guest, a grandson of the 7th Duke of Marlborough, was a member of Parliament and held the post of Britain’s first Secretary of State for Air. His mother, Amy Phipps, daughter of Henry Phipps of Pittsburgh, was a philanthropist and partner at Carnegie Steel Corporation. She harnessed her considerable resources to fulfill her deep interest in aviation and to realize its value in the future of world transportation.

Mr. Guest was not only a devoted student (while attending Yale University and Columbia Law School he developed fluency in French and Spanish), but also an avid sportsman and Polo Hall of Fame 10 Goal player. He later served as a Captain in the United States Marine Corps in World War II, and during his overseas travels he began his exceptional art collection. Many of the Chinese works in the collection were purchased by Mr. Guest in the mid-20th century, following the war, through his close friend Ralph M. Chait, of Chait Galleries, and through C.T. Loo, also a predominant Chinese art dealer of the period.

In 1947, Mr. Guest married the love of his life, Lucy Douglas Cochrane, of Boston, known to family and friends as C.Z., which stemmed from her young brother’s attempt to call her ‘sister’. Ernest Hemingway stood witness as best man at the ceremony in Havana, Cuba. As a style icon of New York high society, Mrs. Guest graced the covers of Time magazine and Town & Country, among many others. With their unbridled enthusiasm, high standards and unrivaled sense of style, C.Z. and Winston F. C. Guest became one of the most iconic taste-making couples of 20th century America.

Reminiscent of being well traveled, the collection offers a diverse selection of furniture and decorative arts from England, France and Italy. The couple collected a variety of 17th and 18th century European wall brackets that displayed some of their Chinese porcelains. These brackets are exceptionally carved, with fluid lines of interlaced leafage, monograms, shells and figures. The adage of good things come in small packages definitely applies to these pieces.

There is also a wonderfully carved oak marble-top console table decorated with satyr faces and continuing to cloven feet. This impressive piece would have made quite the statement in its European country house. Also of note is the sporting art from the collection. John Frederick Herring Sr., Henry Alken, Sr., Charles Towne, Harry Hall and Sawrey Gilpin are all represented, with classic English depictions of horses in the 19th century. These dynamic equestrian portraits capture an era of landed gentry and the celebration of horse racing and fox hunting.

Complementing the Guest collection is property from the estate of Mimi Adler. Ms. Adler and her late husband, Max, also collected sporting art, silver, English and American furniture and Chinese Export armorial porcelain. Of particular note is an exceptional oil painting by the celebrated 18th century British sporting artist James Seymour (1702-1752). Hare Coursing is a superb picture that would be a welcomed addition to any serious collector. Also included in this collection is a terrific portrait of a gentleman on horseback by John N. Sartorius. The exceptional work captures the essence of an 18th century English gentleman riding in the countryside on a big bay horse. This picture has all the hallmarks of showcasing the high societal status of the rider.

The Adlers also collected a wide variety of both English and American furniture. They acquired objects from the top dealers in the field such as Israel Sack, Inc., Hirschl and Adler, James Robinson, Arthur Ackerman & Son, Inc., Mallet and Richard Green. The collection includes a superb Regency ebony-inlaid mahogany breakfront bookcase. With its delicately interlaced mullions, vibrant veneers and well-balanced proportions, the cabinet is truly a statement piece and would be the highlight of any room and collection.

There is also a magnificent 18th century George III carved giltwood looking glass. This piece is a masterpiece of the Rococo aesthetic. The flowing carving of foliage and scrolls is exceptional. Acquired from the New York firm, Israel Sack, Inc., is a superb Liverpool Success to America cider jug. Emblazoned with the American flag and eagle, this piece drums up patriotic fervor like no other. Israel Sack also sold the Adlers a great Federal writing desk that is signed by the Providence, Rhode Island cabinetmaker, William Clark. It’s a true historical document of American cabinetmaking. Another highly respected New York gallery, Hirschl and Adler, sold the couple a quintessential Severin Roesen Still Life of Fruit. The picture is brilliantly colored and symbolic of a bountiful and prosperous America.

Continuing along the theme of fine art, the NAMITS collection features a diverse selection of contemporary art from around the globe. The Belgian artist, Charlotte Culot, manages to capture a bold, yet light and airy feeling from her work titled Au Coeur de Blanc. This abstract representation of light white and yellow colors draws the viewer in and creates a calming effect that soothes the soul. The celebrated French artist, Francois Bard, doesn’t disappoint with his portrait bust of a man. Filled with frenetic energy and textured paint strokes, this work is mysterious and a visual delight.

Continuing along with European artists from different private collections is a small group of Pablo Picasso ceramics. These colorful and beautifully sculpted pieces offer a great opportunity to own something designed by one of the world’s most celebrated artists.

Complementing the Picasso ceramics is property from the collection of Mr. and Mrs. Peter G. Terian, including a pair of Percival Lafer green upholstered lounge chairs that features clean, rectilinear modern lines. The collection also boasts an Edward Wormely for Dunbar single drawer console table. Light and airy, this piece appears to be inspired by Chinese alter tables.
A Philip and Kelvin Laverne table from another collector also dovetails nicely with the aforementioned pieces.

The Millbrook School (Millbrook, N.Y.) has approved a selection of property to be deaccessed. Pieces include a wonderful watercolor by the French impressionist painter Paul Emile Pissarro. Continuing in the footsteps of his father, Camille Pissarro, and his godfather, Claude Monet, Paul’s work is evocative of these master technicians. There is also a nice selection of Chinese Export Blue Fitzhugh ceramics. This is a perfect opportunity for graduates to purchase a piece of their childhood and support the school that launched them into adulthood.

People can bid in absentia and online. An online preview is being held from October 13th thru October 27th-28th at www.nyeandcompany.com, www.liveauctioneers.com, www.bidsquare.com and www.invaluable.com. Anyone looking for additional images, condition reports or info about an object is invited to visit the Nye & Company website or email to info@nyeandcompany.com.

John Nye had a long and fruitful career at Sotheby’s before he and his wife, Kathleen, acquired Dawson’s in 2003 and started Dawson & Nye. With the move to Bloomfield seven years later, they renamed the business to Nye & Company (Auctioneers, Appraisers, Antiques). The firm is nationwide, but the vast bulk of the business comes from trusts and estates in the tri-state area.

For more information about Nye & Company Auctioneers and the Estate Treasures online only auction on Wednesday and Thursday, October 27th-28th, visit www.nyeandcompany.com. The full color catalog can be viewed in its entirety right now, at www.nyeandcompany.com, www.liveauctioneers.com, www.bidsquare.com and www.invaluable.com.