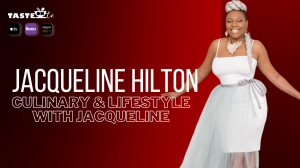 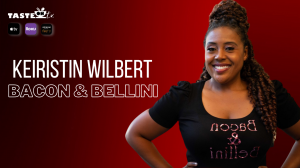 Tasteavison Media’s Taste On TV is bringing new shows and faces into the mainstream! 10 new shows are set to launch over the next 30 days.

We are always looking for ways to reshape media. Representation is most important. People need to see themselves in entertaining content that accurately depicts their culture and the things they love.”
— Terance Quilens Sr.

LOS ANGELES, CA, UNITED STATES, October 4, 2021 /EINPresswire.com/ — LOS ANGELES, CA – On Labor Day of this year Taste On TV celebrated the one-year anniversary of its launch. The network featured special programming and other short-form content throughout the month-long celebration. Now, the start-up has its sights set on the future of mass media television and technology and is upping the ante starting with the introduction of a vast lineup of new show titles and faces.

Taste On TV is often celebrated for introducing a wide variety of fresh faces and personalities from all walks of life. Show hosts and producers are diverse in background and are freely provided with a platform to educate, discuss, or entertain. Many are business owners and have used the network to grow their
brands and reach new consumers. “Taste On TV is an authentic source for all things culinary, cultural and lifestyle specifically and intentionally for people of color.” Says Chef Angela Michelle. She adds, “ We are an essential part of the Black Excellence equation you never knew you needed, but always wanted.

“We are always looking for ways to reshape media. Representation is the most important requirement. People need to see themselves and have entertaining content that accurately depicts their culture and the things they love.” Explains the network’s President, Terance Quilens Sr.

This year Taste On TV expanded its footprint into millions of new households. In September, the network gained access to Apple’s 50 million-plus users on the Apple TV platform and 40 million more through Amazon’s Fire Television. Taste On TV is also available on Roku and accessible through Taste On TV To Go, the network’s native mobile application for Android and iOS. Viewers can also watch online on the network’s website. In 2020 the network launched during the global pandemic. Even though it was hard to predict the business climate, the network’s founder forged ahead and was able to quickly ramp up and debut more than 20 new show titles at launch.

Taste On TV Network Trailer & Theme Song “Taste On It”