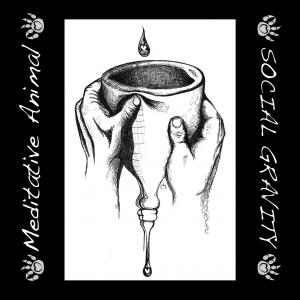 Multi-instrumentalist Nick Mirisola takes his music to another level with the release of his latest EP, “Social Gravity.”

LOS ANGELES, CA, UNITED STATES, October 8, 2021 /EINPresswire.com/ — Meditative Animal’s Nick Mirisola’s latest album, “Social Gravity,” will ignite his fan base and take his music to the next level. Drawing from a catalog of over 20 years of songwriting, “Social Gravity” features seven tracks and plays like a greatest hits EP. The album features intelligent and insightful lyrics paired with instrumental backgrounds exuding great energy and positive vibes and Nick’s very own artwork. To celebrate the release of “Social Gravity,” a special music lyric video for the title track is also available on YouTube.

Tested as a genius and known for his vocals and ability to play the guitar, hand percussion, harmonica, and bass, Nick took music production classes with Berklee and produces his own music. He has been ranked #1 on ReverbNation’s regional chart for his genre and their top 100 nationally. His latest album is enriched with the infectious chemistry between Nick and his brother John Mirisola formerly from the band Glass America. Adding to the family vibe, Nick’s nephew Lil Beats and niece Charis Moore also share collaborations.

Nick Mirisola is a self-dubbed Duddha and an ordained Dudeist priest who has been singing his entire life and writing songs since 2000. He brings an alternative indie folk-rock sound infused with jazz, blues, hip hop, funk, and reggae melodies. His timeless and original sound often features other artists such as Kirsten Glidden, who did the female vocals on the album’s title track “Social Gravity.” Produced under Moonlit Creative Works at the Moonlit Creative Works studio in Springvale, Maine, Nick is an old soul with a young heart destined to become the next prominent artist in the music industry.

For additional information about Nick Mirisola and to stream “Social Gravity,” visit his website.