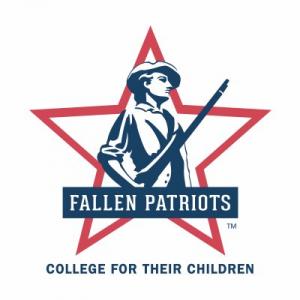 DULLES, VA, UNITED STATES, October 5, 2021 /EINPresswire.com/ — Lance Corporal Rylee J. McCollum of Jackson, Wyoming, a 20-year-old Marine and expectant father, was killed in a suicide bombing attack at the Kabul Airport during the United States military withdrawal from Afghanistan on August 26. His newborn daughter, Levi Rylee McCollum, was born just 19 days after his death. Today, the founders of Children of Fallen Patriots Foundation and long-time Jackson Hole homeowners David and Cynthia Kim, have announced that Levi McCollum’s college funding will be provided by the foundation.

“We’re proud to support the thousands of American military families and children who suffered the devastating loss of a servicemember in the line of duty,” said David Kim, co-founder and CEO of Children of Fallen Patriots Foundation. “It’s important that we support Levi’s college dreams because that is what her father would have wanted for her. This is a way for grateful Americans everywhere to honor the sacrifice of LCPL McCollum and the other 2,400 U.S. servicemen and women who lost their lives in Afghanistan in service to our country.”

“We are dedicated to forever honoring those who keep us free,” said Cynthia Kim, co-founder of the Children of Fallen Patriots Foundation. “We have provided over $50 Million in support to over 2,100 bright and motivated students throughout their undergraduate studies. We’re proud to help Levi as she grows up, knowing her father was such an important part of what makes this country special.”

For more information on Children of Fallen Patriots, please visit the website at www.fallenpatriots.org.