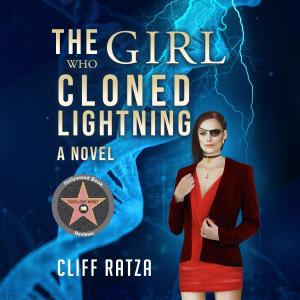 Book Review: Keepers of the Contingent World by Cliff Ratza
By Jen Doll for The New York Times

SOMERDALE, NEW JERSEY, UNITED STATES, September 27, 2021 /EINPresswire.com/ — Prime Solutions, a publisher and marketer for authors, just received the New York Times review of Cliff Ratza’s The Keepers of the Contingent World. Prime Solutions has published all seven of his speculative science and current events-based action-adventure novels that have been written in only four years and acclaimed for predicting pandemics, the rise of Trump-like presidents, and troubling world events.

Regarding the books and their author, Mrs. A. Nigalan, president of Prime Solutions, said, “When our book scouts spotted how good his first book – The Girl With the Lightning Brain – was, we reached out to learn more about his intentions, and as soon as he shared his multi-book, multi-series strategy, we launched a multi-tier campaign to
gain awareness and interest and readership among mainstream readers and reviewers alike. Results-to-date confirm
these books are outstanding. Please judge for yourself by reading professional reviews and readers’ endorsements. And book number eight will be available soon.”

Prime Solutions and the New York Times are deciding the best time and location to actually print the review, but it is being sent online in this press release.

Book Review: Keepers of the Contingent World by Cliff Ratza
By Jen Doll for The New York Times

While a science-fiction novel may not seem like the obvious choice for fans of literary works, Cliff Ratza’s Keepers of the Contingent World offers an opportunity for readers to apply both critical thinking and their sociological
imaginations to a story as relevant today as when the first book came out.

Ratza always referred to this book as “speculative fiction”, although at some point it embraces elements of action-adventure, mystery, sociopolitical intrigue, and foreboding dystopian future. In general, the novel envisions a possible future.

The book was written as the second installment of Ratza’s Keepers series that initially focused on Eve and her three siblings. The connection between the events that took place in the novel and the political landscape of the present
times are salient. Now in 2021, we find ourselves in a global pandemic that has been ravaging economies and changed the way we interact socially. Many states now require mandatory shelter-in-place orders, virtual gatherings, and
invasive vaccinations in regions where they are available.

Events in the series have led to the rise of a political party called the Guardian Party, led by a Donald Trump-like president, who deals with the pandemic and terrorism with an unorthodox approach. The seventh novel details the events in the year 2157, when Electra Kittner, the protagonist deals with a pandemic, escalating climate issues, and assailants threatening her clone children – all with her superior skills and intellect.

With the help of Indira – the Singularity created using artificial intelligence twenty years earlier and using her assumed name – a late-thirties Washington consultant called Irani Ramani –Kittner begins to rebuild her personal and
professional worlds from scratch. Irani and Indira must subtly maneuver two sets of twins who have returned to college after setbacks suffered when “rescuing” Kittner from a subterranean desert fortress where no one knows she
had been in a suspension pod for twenty years.

But the world’s divergent climates cause challenges. The pandemic-causing X-Virus, Cyberspace Terrorism, and “insider politicians” plus techno-corporations are roiling multiple environments worldwide, both above and below the
surface. Irani activates her DC consulting business and brings two of the twins into the mix when landing an assignment to help two rising congress people make a bid for the Oval Office. She also picks up a technological consulting
assignment at DC’s George Washington University, and brings the other twins into her ongoing businesses for which she resumes control.

Irani directs all twins, often bailing them out of the trouble they encounter when following her commands. And she builds another team of experienced professionals who help her deal with a new crop of adversaries that emerge
domestically as well as internationally. The Irani-Electra duo escape several times from life-threatening catastrophes and keep all activities moving ahead, even while adding more complexity to their personal lives. But conspiracy
theories abetted by Washington insiders throw the election results and the Capitol into turmoil. Electra’s candidates win the revote, but disaster strikes on inauguration celebration night. Now, they must take on a difficult task: prevent the assassination of the President and Vice President and save Eve.

The book essentially puts the story of the protagonist in a nutshell. At birth, her mother is struck and killed by a lightning bolt which rewires her neural circuitry leading to DNA mutations that make her exceptionally smart and within the limits of physiology able to self-direct her development. She is by no means Superwoman. She can’t leap over tall buildings in a single bound, but she is remarkable in ways the series explores. And she has endearing flaws that
readers will empathize with. I think readers will enjoy seeing how she develops throughout the series. The first book chronicles her life, from birth to the age of 21. The other novels follow chronologically.

The story is told in the present interspersed with flashbacks explaining how Kittner’s current situation came to be and detailing the dynamics of her interpersonal relationships. The themes of the novel lend themselves to analysis
within many subject matters, including family, power, and social problems.

Power plays heavily throughout the novel.

Feminism also stands as a strong theme of this book. Ratza revealed how he started The Lightning Brain series and its sequel a couple of decades ago after reading The Inheritors by William Golding, who is best known for Lord of the
Flies. It describes a clash of civilizations, and it planted in him the idea for the novel. It materialized five years ago when he started writing The Girl With The Lightning Brain. It shows how, in the early 22nd century, a worldwide pandemic due to a Chinese mutant manmade virus fuels Middle East Terrorism. The combination leads to governments worldwide becoming harsh as people become frightened and mentally impaired. The United States is still the best nation, but it too is struggling. Perhaps the Dark Ages is on the horizon, advancing towards DC. The book’s protagonist is an exceptional female who has a much different style than President Jared Gardner’s.

Book seven offers many other themes worthy of discussion and analysis such as gender conflict, the needs of society versus the needs of the individual, love, and freedom. It is appropriate for readers of all ages. The writing is very strong and clear, and the book draws the reader in quickly. Some readers may see the nebulousness of the ending as a weakness of the book. Nonetheless, the ending is wrapped up nicely.

About Prime Solutions:
Prime Solutions is a hybrid publisher and marketer offering a full range of services for aspiring writers and authors, including our value-added packages and peerless editing as well as Writing Coach Program. Please visit primesolutions-llc.com or ligntningbrainseries.com to learn more about us.