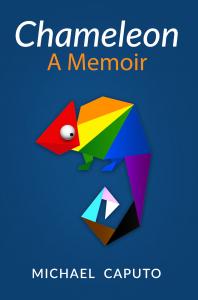 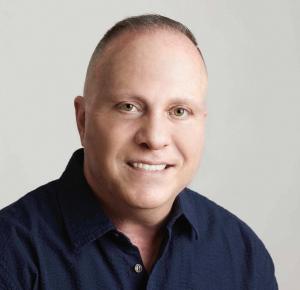 CHAMELEON: A MEMOIR by Michael Caputo

My peers hated me for no other reason than the fact that they thought I was gay. I was only 13 and often wondered how they knew who I was before I did.”
— Michael Caputo

NEW YORK, NY, UNITED STATES, October 11, 2021 /EINPresswire.com/ — From an anxious Catholic altar boy to a young adult living in the closet to an out-and-proud gay man, Michael Caputo shares his journey of self-discovery and personal evolution in his searingly honest memoir, CHAMELEON: A Memoir.

Caputo, who is the son of comedian Pat Cooper, recounts his tumultuous childhood after his parents’ divorce, pre-teen years enduring homophobic slurs, an adolescence filled with sexual exploration, and early adulthood playing the chameleon as he divided his time between his straight daily life and his gay nightlife. And hanging over everything—his fear of the ultimate rejection from family and friends if his secret was discovered.

The memoir is unflinching as Caputo recalls gay bars and bathhouses, losing friends to AIDS, and being targeted by cops and homophobic bigots. He examines his own loves, losses, and the down-low lifestyle and what it costs an individual to ignore the truth of his identity and hide from the ones he loves.

CHAMELEON: A Memoir also shares generous anecdotes as Caputo examines his colorful life, including working for Geraldo Rivera and the legendary Joan Rivers, his career as one of New York’s most highly sought-after massage therapists, and the shock of becoming famous for his Daily News interview about allegations against John Travolta in the hotel where Caputo worked.

At a time when gay elders who survived the AIDS/HIV crisis are far too rare, Caputo’s memories of gay life in New York City are an important testament to the community’s strength and resiliency and how one man learned to embrace his true self and find happiness as a proud gay man.

Michael Caputo is an author, entrepreneur, massage therapist and the only biological son of legendary comedian Pat Cooper. He studied acting, voice, and dance, and wrote and produced a short video interview called A Mother’s Story about his paternal grandmother. That interview became the foundation of his first memoir. He worked for Joan Rivers and Geraldo Rivera and also was a licensed esthetician and manager for a 5-star Manhattan hotel. His skills as a massage therapist were written up in national magazines, including Allure, where twice his massages were rated one of the country’s best. In 2009, Caputo’s first book, Dear Pat Cooper: What happened to my father Pasquale Caputo? was published with more than 50 positive reviews on Amazon. Caputo continues to advocate for the LGBTQ+ community.