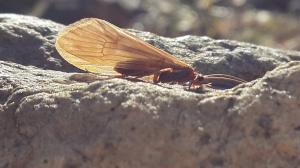 “If insects were to vanish, the environment would collapse into chaos”. – Edward O. Wilson

PRISHTINA, KOSOVO, May 26, 2021 /EINPresswire.com/ — The Amazon is one of the most biodiverse places on earth and most of the yet undiscovered animal species live there. However, European entomologists don’t need to go there to discover new species for science. Europe is one of the most explored parts of the world in terms of biodiversity, but it seems there is a small Amazon at its heart, the Balkan Peninsula. In recent years, several new species of insects have been discovered from this area. The new insect species was discovered in Albania by professors Halil Ibrahimi and Astrit Biilalli from the University of Prishtina, Kosovo. They have their finding published in the open-access journal Ecologica Montenegrina.

The new species belongs to the small aquatic order of insects Trichoptera. Called Potamophylax qafshtamaensis, the new caddisfly species has been named after the mountain and National Park where it was found, Qafështamë. Aquatic insects, including the new species, are under the threat of extinction because of the ongoing pollution activities and mismanagement of freshwater ecosystems in Albania. These ecosystems in the country and Balkan Peninsula, in general, have been deteriorated lately due to illegal logging, water extraction from springs, rock quarries, etc.

Balkan Peninsula turns out to be a biodiversity hotspot of Europe for this group of insects. Several new caddisfly species have been discovered lately from this area. The same team of professors a few months ago from Albania’s neighbor, Kosovo, has been discovered another new species, Potamophylax coronavirus.

Several new species of this group of insects are waiting to be described based on the material collected throughout the Balkans, points out Professor Halil Ibrahimi. Driven by the above quote of Edward O. Wilson, we can say that the discovery of this new insect species is a contribution to saving the world.