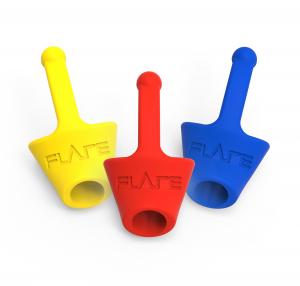 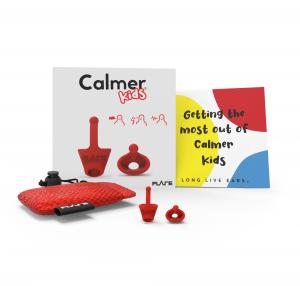 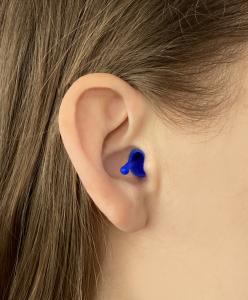 Calmer Kids is worn comfortably inside the ear

Some children’s hearing is so good that everyday sounds can be a bit overwhelming. We’ve made a cool gadget that children can wear to reduce annoying sounds and help them focus on the important ones.”
— Flare co-founder, Naomi Roberts

Sounds such as loud voices, doors banging and chairs scraping on floors are all mellowed and their stress-inducing properties significantly reduced, enabling the wearer to feel calmer. Calmer are not earplugs, so they do not reduce a child’s awareness of their surroundings, they simply calm the frequencies around them.

Calmer Kids was developed by UK tech innovator Flare Audio, following the launch of its original version for adults. Parents suffering from noise sensitivity issues were relieved by the reduction in stressful and unwanted noise they experienced, and suggested an earbud designed specifically for children.

During research, Flare discovered that children who endure noise sensitivity issues associated with autism, hyperacusis and misophonia, especially benefitted from wearing Calmer. Where certain common sounds like playground noise, classroom chatter, furniture moving, or simply the sound of jingling coins or car engines can appear stressful and even painful for some people, Calmer helps.

Sensitive hearing is effectively managed by Calmer Kids, which sits comfortably in the child’s ears, reducing stressful frequencies without muffling overall sound quality. It has the effect of taking the sharp edges off sound, leaving the wearer calmer and more relaxed.

Calmer Kids are non-electric (no harmful EMF or charging required) and are made from comfortable, soft silicone. They work using a unique waveguide inside, to channel sound directly into the ear, reducing distortion and resonance.

“Some children’s hearing is so good that everyday sounds can be a bit overwhelming, making them feel stressed and anxious,” says Flare co-founder Naomi Roberts. “We’ve made a cool gadget that children can wear inside their ears to reduce the most annoying sounds and help them focus on the important ones. We’ve called them Calmer Kids and that’s exactly what they do – make you feel calmer.”

The earbuds can be worn anywhere without reducing a child’s awareness of their environment, including at school, in the playground, travelling, watching television or on the games console. They improve relaxation, concentration and reduce stress and irritable feelings.

“My son is autistic and has struggled with auditory overwhelm for years,” says one review. “He loves his Calmer plugs and says that they change sounds so he can still hear, but the sharp sounds aren’t so sharp. He says he feels far more in control and engaged. Absolute game changer.”