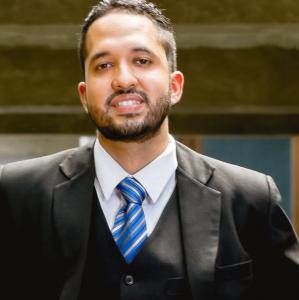 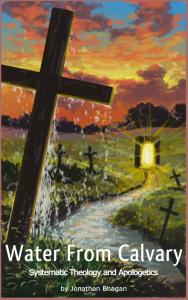 Water from Calvary is the first Systematic Theology by a Caribbean Millennial. The Author discusses Christian Theology and the Critical Race Theory debate.

“I know a black man from the Caribbean who graduated from Moody’s Theological Seminary and was so emotionally wounded during the 2020 elections that he refused to go into ministry,” says Jonathan Bhagan.

Jonathan is the author of Water from Calvary, the first Systematic Theology and Apologetics textbook by a millennial from the Caribbean. The book puts forward conservative doctrines such as Penal Substitutionary Atonement but is also aimed at helping people of color find a voice.

“My friends in ministry agree with conservative doctrines but are frustrated with only studying white writers. Even worse we now see the Republican versus Democrat debate being reflected in church circles with the war on critical race theory. I decided Caribbean people needed an independent voice to guide them in the faith and wrote Water from Calvary”. Said Jonathan.

Critical Race Theory scholar Khiara Bridges states that Race is a social construct, not a biological reality but systemic racism is embedded in institutions like the United States Legal System.

Water from Calvary deals with the debate over race from a biblical perspective. It argues that some of the most influential Christian theologians including Athanasius and Augustine were born in North Africa and that Ethiopian Christianity has much to teach the west.

While other Caribbean theology books have used Marxist critiques along the lines of Black Liberation Theology and Critical Race Theory, Water From Calvary abides by the sufficiency of scripture.

“As a mixed-race person, I don’t believe we should have black or white theology as separate entities. There should just be truth and sound doctrine. However, an independent Caribbean theological identity is necessary due to the many heresies spreading from North American churches around the world.” Jonathan said.

The core thrust of the book seeks to balance God’s Love against God’s Justice and Wrath and thereby undermine Progressive Christianity and the New Age.
“I do not believe Progressive Christianity or Theological Liberalism have any real following in the Caribbean, the majority of our churches are conservative and still believe in miracles and the authority of scripture. “Jonathan says.

Jonathan Bhagan vigorously defends the Divinity of Jesus Christ, the doctrine of the Trinity, and the gospel throughout his textbook. He uses hermeneutical innovations to teach readers about the love of God in the context of the Gospel and the Cross of Calvary.

“Love cannot exist apart from the moral attributes of God’s divine nature. Those attributes include Holiness, Mercy, Justice, and Wrath poured out against sin. The Flower of God’s Love is beautiful because it is nourished by the soil of God’s Justice and is watered by God’s Holiness flowing from Calvary.” – page 15, Water from Calvary: Systematic Theology and Apologetics.

Water from Calvary is also a good introductory text for students beginning their study of Theology and Apologetics as each section has summary notes for easy reading and comprehension. Despite exploring scholars such as Thomas Aquinas and John Calvin Water from Calvary is easy to read. A teenager will be able to use it as a bible study aid.

In August 2021 Water from Calvary was briefly on the #1 spot for New Releases in Christian Systematic Theology on Amazon.com.

It is available on Kindle and Paperback on Amazon.com

Jonathan Bhagan is an Attorney at Law and President of the Christian Youth Foundation of Trinidad and Tobago. As Chairman of the Caribbean Committee Against Sex Crimes, Jonathan also Co-founded Operation Global Sex Offenders Registry which seeks to link Sex Offender Registries in the Caribbean with Law Enforcement in the United States.