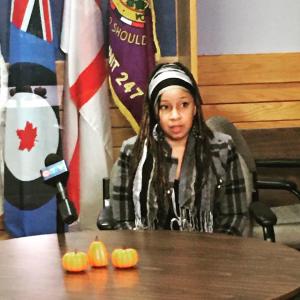 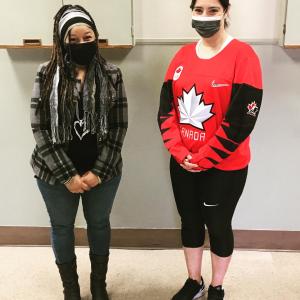 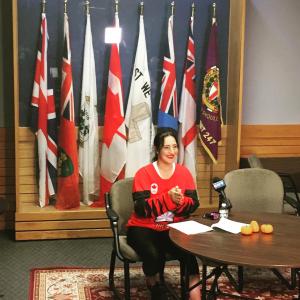 I’ve lost a lot of brothers and sister to cancer, and this was not something we ever anticipated when we started but it’s how it is now”
— Terry Hogue

Lindo, who attended the event hosted by Christine Ichim to raise awareness of the need for Cancer Prevention in the Fire Services encouraged everyone to “to pay attention to the environment that we have people working in and the kind of illnesses they may get after that time.”

For Lindo, the story is very personal. “September 27 is actually the anniversary of the passing of my late husband. My partner passed from leukemia, he had AML and was diagnosed in 2005. ”

Lindo stated that the physicians at Princess Margaret Hospital who were caring for her late husband believed that his cancer was caused by occupational exposure during his job as a painter. In her remarks Lindo directly connected the risk of cancer to workplace exposure of environmental toxins. She asked people to consider “the notion that the environment that people put themselves into in order to bring goods and services to us is something that we really need to pay attention to,” said Lindo.

“October 15, the day I finished rollerblading across Canada, is leukemia awareness day. Kitchener Waterloo is the heart of the technology triangle, with some of the best scientists in the world. I encourage everyone to help me advocate for increasing funding for medical research into preventing cancer from occupational exposure in the public safety services,” said Ichim.

“I’ve lost a lot of brothers and sister to cancer, and this was not something we ever anticipated when we started but it’s how it is now,” said Terry Hogue, Paramedic Captain (ret.) with the San Francisco Fire Department and Ichim’s spouse.

Ichim spoke of the devastation the recent wildland fires had in Western Canada this year, burning down the entire village of Lytton, a village Ichim remembers very fondly from her skate. “Wildland firefighters go out for weeks at a time. 24/7 deployment, they sleep on the ground, they work through unbearable heat. The air black with smoke, breathing in toxins with every breath, fighting to save the Canada we love. These selfless heroes deserve our help. And only through awareness and research can we help them.”

The event was hosted at the Army, Navy, Air Force Veterans Club Unit 247, one of Christine Ichim’s major sponsors for the 1996 skate.

“We are always willing to help and support. Thank you again for all that you do,” said Glenice Kavanagh, President of the Army, Navy, Air Force Veterans Club Unit 247.