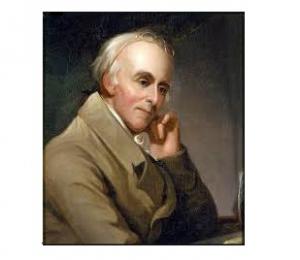 “Father of American Psychiatry” Benjamin Rush was a slave owner

The APA still honors the slave-owner whose theories set a precedent for the “scientific racism” of later psychiatrists and psychologists.

Observations intended to favour a supposition that the Black Color (as it is called) of the Negroes is derived from the Leprosy.”
— Dr. Benjamin Rush

WASHINGTON, DC, US, July 13, 2021 /EINPresswire.com/ — More than 175 years after its founding, the American Psychiatric Association (APA) issued a public apology in January for psychiatry’s “role in perpetrating structural racism” and said it hoped to make amends.

Isn’t it time for the APA to sever all symbolic association with Dr. Benjamin Rush, the slave-owning “Father of American Psychiatry” who is responsible for the “scientific racism” at the very root of the structural racism in psychiatry that the APA now says it regrets?

And what better time to cut psychiatry’s ties to Rush than during National Minority Mental Health Month?

Until 2015, a seal with the image of Benjamin Rush served as the APA’s logo. The APA website still lists a Benjamin Rush Award among the awards presented at its annual meetings.

The man in whose honor this APA award is bestowed bought a child slave, William Grubber, in the early- to mid-1770s, scholars believe, at roughly the same time he published his 1773 critique of slavery. While he promoted the gradual abolition of slaves, he kept his own slave for some two decades, apparently unconcerned with this hypocrisy.

Rush finally released Grubber from slavery in 1794, only after receiving, in his words, “a just compensation for my having paid for him the full price of a slave for life.” In other words, Rush made sure he got his money’s worth from his slave before setting him free.

However, Rush’s transgressions go far beyond the human rights abuse of enslaving another human being.

He established a supposed biological justification for racism, setting a precedent for later psychiatrists and psychologists and their subsequent forms of “scientific racism,” which have oppressed Blacks for generations.

In 1792, Rush declared that Blacks suffered from a disease he called “negritude” that he theorized was caused by a variant of leprosy, the cure of which was when Blacks’ skin turned white.

“Observations intended to favour a supposition that the Black Color (as it is called) of the Negroes is derived from the Leprosy,” Rush wrote at the time.

Rush based his view in part on the work of another scientist who had applied a harsh and corrosive acid to the skin and hair of an African American man to turn him “white.”

Further, with his view of “black leprosy,” Rush believed Blacks should not intermarry with other races because this supposed disease could infect their children.

Even though the APA’s nine-part apology acknowledged that Rush “created a disease called negritude” and “prescribed scrubbing the skin long and hard” as the cure, the APA still has not gotten rid of the award it presents in Rush’s name.

America’s first psychiatrist also treated his patients with darkness, solitary confinement, and a special technique of forcing the patient to stand erect for two to three days at a time, poking them with sharp pointed nails to keep them from sleeping – a technique borrowed from a British procedure for taming horses. He invented the “tranquilizer” chair into which the patient was strapped hand and foot, along with a device to hold the head immobile.
The legacy of “the Father of American Psychiatry” is forever debased by his documented human rights abuses and his role in creating the “scientific racism” used to justify racist treatment of African Americans up to the present day by psychiatrists, psychologists, and those trained by them – racism which permeated American society and which the APA now admits.

So, isn’t it time the APA fully confronts its racist roots, disavows Benjamin Rush and cancels its award honoring him?

The Citizens Commission on Human Rights International traveling exhibit has been displayed in Washington, DC, at the Congressional Black Caucus Foundation Annual Legislative Caucus, as well as other locations. The exhibit has toured more than 441 major cities around the world and has educated over 800,000 people on the history and contemporary practices of psychiatry which are still rampant with abuse.

For a feature length documentary on the history of psychiatry, please see: https://www.scientology.tv/series/cchr-documentaries/psychiatry-an-industry-of-death.html.

For more information on the Citizens Commission on Human Rights, go to www.cchr.org and www.cchrint.org.