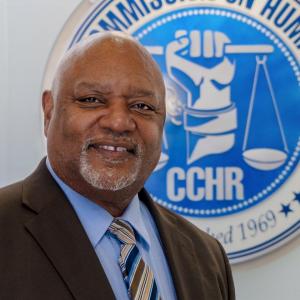 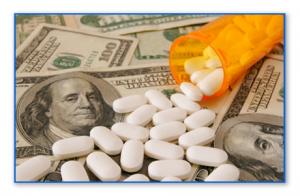 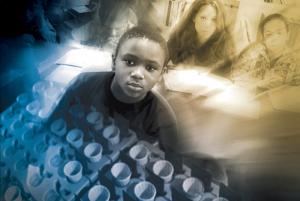 Being oppressed and subjected to racism is a human rights abuse, not a ‘mental disorder.’”
— Rev. Fred Shaw, Citizens Commission on Human Rights International

WASHINGTON, DC, USA, July 29, 2021 /EINPresswire.com/ — While July was designated as Minority Mental Health Month to bring awareness to the mental health needs of underrepresented groups in the United States, it has been used by certain mental health organizations and psychiatric-drug companies to forward their own aims.

Two proponents of the month are organizations that have come under Congressional investigation for their deep financial ties to pharmaceutical companies that manufacture psychiatric drugs. The National Alliance for the Mentally Ill (NAMI) received 75% of its income, some $23 million over a three-year period, from drug companies. Mental Health America received more than $26 million in pharmaceutical company funding between 2001 and 2010. Both organizations push for more mental health treatment for “underserved” minorities.

To support the “underserved” claim, some mental health groups repeat the assertion that African Americans are 20% more likely to experience serious mental illness than the general population, but are less likely to recognize their mental health problems and get help – a condescending and racist claim.

What’s more, the identification of “mental illness” is entirely subjective. The “diagnoses” themselves lack scientific basis. As stated by psychiatrist Thomas Insel, former director of the National Institute of Mental Health, psychiatric “diagnoses are based on a consensus [vote] about clusters of clinical symptoms, not any objective laboratory measure [tests].”

Echoing that fact, psychiatrist Allen Frances, former chairman of the task force that updated the fourth edition of psychiatry’s “bible”, the Diagnostic and Statistical Manual for Mental Disorders, admitted: “There are no objective tests in psychiatry – no X-ray, laboratory, or exam finding that says definitively that someone does or does not have a mental disorder.”

The claim of a 20% greater likelihood of mental illness among African Americans is unsubstantiated, but any reluctance to get mental health treatment has a basis in fact.

African Americans throughout history have been subjected by psychiatrists and psychologists to invented racial disorders, “justifications” for segregation and racial population control, and barbaric “treatments” and experimentation.

In an example with relevance today, psychiatrists in the 1960s invented “protest psychosis” to stereotype Blacks participating in the Civil Rights movement as aggressive and mentally ill. Claims were also made that joining in protests was a symptom of “schizophrenia,” a serious mental illness requiring treatment with mind-altering antipsychotic drugs.

With the recent racial tension in this country, psychiatrists and psychologists are again targeting African Americans by attempting to turn the experience of racial injustice into a mental disorder requiring professional treatment. The American Psychological Association has announced “we are living in a racism pandemic.” Guidelines have been developed on how to “treat” racism, including ensuring that Black Americans are informed about psychiatric drugs as a solution to how this makes them feel.

Rev. Fred Shaw, international spokesman for the Citizens Commission on Human Rights International (CCHR), has responded to this development by stating, “Being oppressed and subjected to racism is a human rights abuse, not a ‘mental disorder.’”

Despite research showing that people of African descent metabolize many psychotropic drugs more slowly, African Americans – particularly Black men – continue to be prescribed higher doses of these drugs and are more likely to be exposed to polypharmacy, leading to a great risk of toxicity.

As a human right organization and mental health industry watchdog, the Citizens Commission on Human Rights has exposed and campaigned against racism and racial abuse in the mental health system. CCHR has worked with the NAACP since 2003 in exposing the stigmatizing labeling and drugging of African American children and helped obtain three national NAACP resolutions against the forced drugging and electroshocking of children and teens.

The CCHR traveling exhibit has been displayed in Washington, DC, at the Congressional Black Caucus Foundation Annual Legislative Caucus and in 441 major cities around the world, educating over 800,000 people on the history and contemporary practices of psychiatry, which are still rampant with racism and abuse.

CCHR was co-founded in 1969 by members of the Church of Scientology and the late psychiatrist and professor of psychiatry, Dr. Thomas Szasz, to eradicate abuses and restore human rights and dignity to the field of mental health.

The global protective coatings market size will be valued at $46 billion in 2026, growing at a CAGR of 6% during the forecast period. CHICAGO, […]