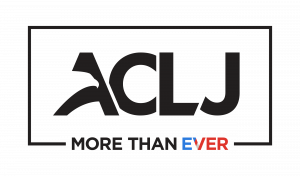 The American Center for Law & Justice 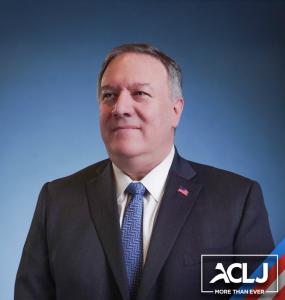 The former U.S. Secretary of State and CIA Director is the latest Trump Cabinet member to join the organization.

The ACLJ today is needed now more than ever, and that’s why I am so thrilled to be a small part of this really important organization.”
— Secretary Mike Pompeo

“Secretary Pompeo is joining the ACLJ as of today, and will be appearing regularly on our daily radio and streaming program, Sekulow,” says ACLJ Executive Director, Jordan Sekulow. “Secretary Pompeo brings unique and unparalleled experience in foreign policy, diplomacy, and leadership to his role with the ACLJ.”

“The ACLJ occupies a very special space,” says Sec. Pompeo. “There are lots of other places that do lots of important work for America, but the ACLJ has taken up a lane which is irreplaceable. It fights every day and always, whether that’s in litigation or in the communication space or just laying down good policies for the United States that preserve, promote and protect American democracy and protect human life, that has a fundamental understanding about the dignity of every human being. There’s no organization that can replace it and the work that the ACLJ does matters.”

Pompeo will make his first appearance on today’s Sekulow, a nationally syndicated radio program providing cutting edge analysis of today’s political and legal landscape with elected officials and conservative leaders. The show airs live each weekday at Noon Eastern on over 1,000 stations plus SiriusXM, with live video stream on Facebook, YouTube, and ACLJ.org.

Before joining the ACLJ, Pompeo led the U.S. State Department as Secretary of State. Prior to that, Pompeo served as Director of the Central Intelligence Agency (CIA).

Pompeo also served four terms in Congress, representing Kansas’ 4th District. During his tenure, he served on the House Intelligence Committee, as well as the Energy and Commerce Committee and House Select Benghazi Committee.

After graduating first in his class at the United States Military Academy at West Point, Pompeo served as a U.S. Army tank platoon leader and then cavalry officer and squadron maintenance officer in West Germany prior to the fall of the Berlin Wall.

After retiring from active duty at the rank of Captain, Pompeo graduated from Harvard Law School, having been an editor of the Harvard Journal of Law & Public Policy and the Harvard Law Review. He then worked as a lawyer in a D.C. firm.

“Secretary Pompeo has been appearing with the ACLJ for nearly ten years, from his early days as a freshman Congressman,” says ACLJ Chief Counsel, Jay Sekulow. “He will be an incredible asset to our team and we’re delighted to have him on board.”

“With the changes that are taking place in this new administration, changes that will be inconsistent with the values that the people of the ACLJ community care about so deeply, this organization is needed,” adds Sec. Pompeo. “The ACLJ today is needed now more than ever, and that’s why I am so thrilled to be a small part of this really important organization.”

About ACLJ: The American Center for Law and Justice (ACLJ), focusing on the preservation and defense of constitutional rights, is based in Washington, D.C. For more information, visit https://aclj.org/.