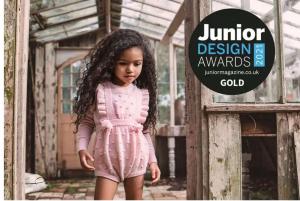 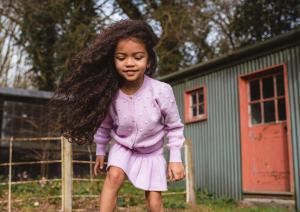 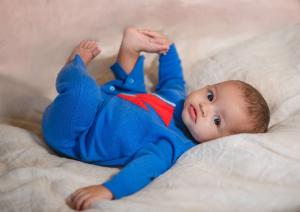 At Mika & Milo, we strive to make beautiful sustainable pieces which will last so that they can be passed down from sibling to sibling, and then of course, generation to generation.”
— Mika & Milo Cashmere

Mika & Milo was born out of a rich history in textiles: its founder’s family have been working with natural fibres for well over a century.
It started with Aiko Stevenson’s Great-Grandfather who used to run his own woollen mill producing fine Scottish Tweeds on the outskirts of Edinburgh.

By the time her father Peter Stevenson joined the business, their own brand of Macnab Tweeds was sold throughout the US, Europe and Asia. He then added cashmere to the mix.

In the past, Scottish cashmere was the finest in the world. However, as labour costs rose in the UK, it started to become too expensive to produce and unable to compete with the meteoric rise of China.

Fast forward 100 years and most of the world’s top-grade cashmere now comes from the blustery plains of Inner Mongolia where the frigid winter cold helps the goats to grow a fine inner coat in order to keep them warm: temperatures drop as low as 40 degrees celsius in the depths of December.

But, in the summer, temperatures soar over the 30C mark so the goats are sheared in order to keep them cool. And, it is this fine inner coat which makes the most delicious cashmere jumpers.

However, did you know that one goat only produces enough yarn to make one baby sized jumper a year? And, that’s why a good quality cashmere sweater can be rather pricey.

In many ways, Aiko’s own foray into this field was inevitable. After originally training as a broadcast journalist with the BBC, CNN and Bloomberg and later writing about climate change for the Huffington Post she joined the family business over a decade ago.

And, when she was pregnant with Milo, she struggled to find the perfect cashmere blanket, finding then either too thin or too small. What started out as a desire to make cosy baby blankets gradually evolved into a larger kids cashmere collection named after her own two children: Mika & Milo.

As cashmere is naturally breathable, it is the perfect fibre for little babies as it helps them to regulate their temperatures as they move from being outside in the cold to the warmth of the indoors. Plus, it is up to 8 times warmer than wool even though it is significantly lighter. And, if cared for properly, cashmere is incredibly durable, making it the perfect hand-me-down fibre in this age of much needed sustainability.

Mika & Milo believes in buying less. It therefore strives to make beautiful sustainable pieces which will last so that they can be passed down from sibling to sibling, and then of course, generation to generation.

After all, what could possibly be nicer than for your own kids to pass down their cashmere hand-me-downs to their own Little Ones?

In the words of Martin Luther King: “We are all caught in an inescapable network of mutuality, tied in a single garment of destiny.” And, no where is this more poignant than when it comes to this beautiful planet which we all call home.

After all, there is No Planet B. And, surely our Little Ones, and the Earth which they will inherit, deserve only the best?