Microsoft wants to acquire Discord, an affirmation of their intent to continue battling Sony for marketplace dominance 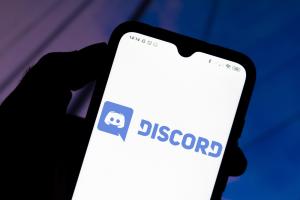 Gamers have flocked to Discord since the start of the pandemic, and Microsoft has taken notice. 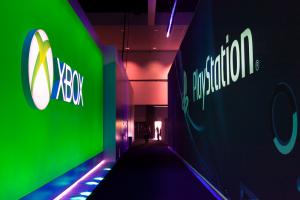 Microsoft and Sony have been battling for gaming market supremacy since the early 2000s, and competition only looks to be heating up.

Microsoft has acquired several gaming companies recently, and has now set their sights on Discord. Microsoft looks to prove they mean business.

NEW YORK CITY, NEW YORK, UNITED STATES, March 25, 2021 /EINPresswire.com/ — While still just speculation and conjecture for the moment being, it looks as though Microsoft seeks to acquire the social media platform, Discord. The deal is reported to be worth around $10 billion USD to Microsoft, while investors estimated the worth of Discord to be around $7 billion this past December. This could potentially be a massive opportunity for both companies, as Microsoft seeks to solidify it’s gaming sphere of influence and Discord can receive the financial backing and support of one of the world’s biggest tech giants.

First of all, what is Discord? Discord is a communication platform, built largely for gamers. The service allows for text, voice, photo, video, and screen sharing communication. What’s unique about Discord is its use of channels as well. For example, a user could join several channels and communicate with different people all with a single click. One channel for Mincecraft, one channel for Fortnite, one channel for only close friends, etc. This can all be done with one account, letting users hop in and out of voice chat and text messaging. It has become a hub for online communities, allowing gamers and other users to easily message, talk, and contact each other. Discord currently has 140 million active users monthly. It’s popularity boomed at the start of the pandemic, as people spent more time gaming inside, and has remained steady.

The reported deal appears to be a win-win for both companies, however Microsoft likely has much more to “win” here. Microsoft has steadily been acquiring more and more gaming companies. This includes hardware and software developers, and if Discord is acquired, communication platforms. For example, Microsoft purchased ZeniMax Media this past September for a reported $7.5 billion. ZeniMax being a video game holding company which owns game publishers and development studios. ZeniMax subsidiaries have released some of the world’s most popular games including The Elder Scrolls, Fallout, and more.

The global video game market is projected to be worth $138 billion in 2021. This market is growing rapidly too, expected to be worth more than $250 billion by 2025. Games, their capabilities, stories, and players are becoming increasingly sophisticated. Gaming takes up much more of people’s lives and time, and thus people want to spend more money on their hobby. Whether it’s buying a game, new console, DLC, in-game item, subscription to a service, or something else, the cost of gaming and ways to charge consumers is evolving and growing. Microsoft wants to acquire a larger portion of the market share, and make sure they are positioned correctly for what looks to be an extremely promising consumer market.

Microsoft’s main competitor in this market being Sony. Both companies compete with each other, and Nintendo, in the home gaming console market. Both companies have also tried to increase their appeal to consumers by buying game developers and studios and releasing games on their consoles exclusively. For example, Microsoft’s Halo franchise is only available on Microsoft’s Xbox console and PCs. Meanwhile, Sony’s The Last of Us titles are only available on their PlayStation console.

More importantly, Microsoft appears to be losing this competitive battle. The last generation of consoles (the PS4 and Xbox One), Sony blew both Microsoft and Nintendo out of the water in terms of console sales. The current generation (PS5 and Xbox Series X) is still a contested battle, but given the online hype and mass demand for the PS5, it looks Sony has a solid lead thus far.

The acquisition of Discord signals Microsoft’s intent to continue battling Sony, but perhaps via different avenues. While Sony has doubled down on gaming titles, Microsoft is growing their entire ecosystem via services like their “Game Pass” (a game subscription service). Buying Discord demonstrates Microsoft’s desire to grow their share of the gaming market, but by different means. Sony was recently lambasted for their privacy terms and conditions on PlayStation network. Perhaps gamers would look to remain or further utilize a platform like Discord which allowed them to communicate and prioritized their privacy.

Microsoft’s plan to control more of the gaming market looks to be taking multiple approaches. From games, to hardware, to software, they want to have a hand in it all. Making sure that gamers are utilizing at least one of their products during their gaming sessions.

Written by Nicolas Minardi of Mrtk360.

The Investment Banking Industry Is Seeing A Lot Of M&A Activity, Which In Turn Drives The Market

Prominent Podcast “Hollywood Branded” on “Marketing Mistakes (and how to avoid them).