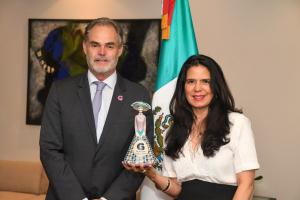 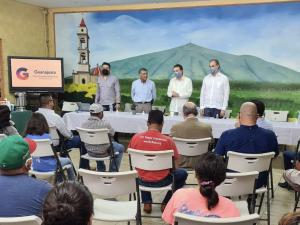 Officials showcase Guanajuato’s unparalleled attributes to ignite tourism interest and to strengthen investment and commercial ties within the U.S.

It’s imperative to constantly search for promotional options and to carefully choose the markets to develop. We encourage finding opportunities and strengthening commercial ties for the tourism sector”
— Juan Jose Alvarez Brunel, Guanajuato’s Secretary of Tourism

LOS ANGELES, CALIFORNIA, UNITED STATES, September 24, 2021 /EINPresswire.com/ — Using the framework of the celebration of the 27th Anniversary of Casa Guanajuato in Dallas, officials from the State of Guanajuato conducted a working tour in Texas and California to promote and strengthen the positioning of Guanajuato as a top international destination. This joint effort by the Ministry of Tourism of the state of Guanajuato, the Secretary for Migrants and International Liaison, and the Coordinator for the Promotion of Foreign Trade, is focused on diversifying and solidifying awareness of the state of Guanajuato in the pperative to constantly search for new promotional options and to carefully choose the markets to develop. “We encourage finding opportunities and strengthening commercial ties that benefit the tourism sector,” he said.

During the recent visits to Dallas and Los Angeles, meetings and presentationrimary outbound markets of the United States.

For Guanajuato’s Secretary of Tourism, Juan José Álvarez Brunel, it is ims took place with oil entrepreneurs, Hispanic leaders, hoteliers, ambassadors, and chambers of commerce, as well as destination representations. The Guanajuato officials also met with airlines and tour operators to show what the state has to offer, most especially for the upcoming holiday season. These actions are intended to increase the flow of tourists and investment to the state of Guanajuato from the Mexican American population in the U.S.

As part of the working tour, the Ministry of Tourism of the state of Guanajuato met with media. In addition to promoting migrant tourism, he endorsed key tourist segments such as culture, gastronomy, meetings & conventions, enology and distillates, well-being, romance, and nature. Secretary Álvarez Brunel pointed to the extraordinary array of tourist attractions, and abundant resources of the region that represent the opportunity to generate jobs and economic development.

Also, Guanajuato’s Tourism Ministry placed specific emphasis on the state’s Safe Travel seal awarded by the WTTC (World Travel and Tourism Council). Guanajuato is the first destination without a beach to earn this seal for adopting adequate health protocols.

The primary goal of the working tour and promotion is to inspire more people, especially Mexicans living in the U.S., to travel to Guanajuato, a jewel of the viceroyalty; a Mexican state with an incomparable cultural richness, an internationally recognized gastronomy and with the warmth of service providers who are ready to receive travelers from Dallas and Los Angeles.