The Glamorous Life Of Emily’s Failure 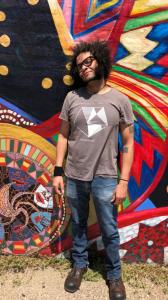 TEXAS, UNITED STATES, October 20, 2021 /EINPresswire.com/ — Race and religion, color and God, these have vexed author David Lythberg’s life since the very beginning. In his memoir, “The Glamorous Life of Emily’s Failure,” he chronicles how he came to terms with his biracial heritage, a strict religious upbringing, as well as the difficulties he faced when he went to live on the road, and his fated meeting with a woman named Emily.

Lythberg recounts the difficulty of growing up biracial and the experience of being the son of an overbearing black mother and a passive white father, the baggage from both their worlds. and how this tension led him to shed both heritages. He portrays his anger, how he lashed out at anything racial as well as religious. During this difficult time, he meets someone who truly loves him. Emily, who has her own fair share of difficulties, but eventually connects with Lythberg in a fated meeting that delivers them from their troubles. During this precious reprieve their lives change and they know happiness.

This experience is transformative for Lythberg, allowing him to heal and go beyond his anguish. The feeling of unconditional love dispels his anger and shows him a new path in life, allowing him to embrace God and live a better and happier life.

With his story, Lythberg shows readers how lost souls can be redeemed, how the wayward can be found and saved. This is possible through faith and love, as well as crucial experiences and no small amount of perseverance, for one must have the strength to endure life’s hardships, the openness to learn its hard lessons, and the will to chart a new course towards a better existence. Ultimately, “The Glamorous Life of Emily’s Failure” is an inspiring story that demonstrates the importance of love and compassion, which Emily showed to Lythberg, and which he ultimately learned to show himself.

“If you’re ever on the highway, and you happen to see a gutterpunk and his companion on the side of the road, be kind. They may have a story to tell. He may one day become a writer, and she his muse. Be kind.” Lythberg says.

About the Author
David J. Lythberg was born in Chicago and eventually moved to Mobile, Alabama and then Dallas, Texas. He partook in the local poetry scene, joined the nationwide road trip called “The Great Poet Tour.” He has conducted multiple book signings throughout the Chicagoland area and the Kankakee County, engaged in open mics and poetry events, he has been in radio interviews and featured in news articles.