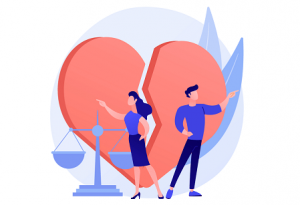 Differences between divorce and marriage annulment, and what requirements you need to satisfy for the Court to issue a decree of nullity.

SYDNEY, NSW, AUSTRALIA, July 2, 2021 /EINPresswire.com/ — What is an annulment of marriage?

An annulment of a marriage is a decree of nullity made by the Family Court under Part 3, Division 1, Section 23 of the Marriage Act 1961 (Cth) which voids the marriage; and is a legal procedure that declares a marriage null and void.

In simple terms, it means that the marriage was never valid and does not have the same legal implications that a divorce does. That is to say there is no risk of a a future property settlement dispute. In effect there is no shared property because you were not legally married.

How does an annulment differ from a divorce order?
A Divorce Order is a Court Order that dissolves a marriage whereas a a decree of nullity has the effect of stating that a marriage never existed between the two parties. In legal terminology a marriage annulment makes a void marriage which means it was not legally valid according to the law.

Under a Divorce Order, the assets of the marriage, including debts will be divided between the two parties. If children were created from the marriage then child custody and child support issues will be determined in a divorce proceeding.

What is a decree of nullity?

A decree of nullity is a retrospective Court Order stating that the two parties never had a legal marriage.

You can apply to the Family Court of Australia or the Family Court of Western Australia for an annulment. If your petition is successful then the declaration of nullity made by the Court is effective immediately and nullifies the marriage. An annulment does not however resolve child custody, child support or any property settlement disputes.

What are the grounds for annulment in Australia?

When a petitioner applies for an annulment, the Family Court of Australia will only declare a marriage invalid in limited circumstances such as:

The Court will not however consider the following, as being sufficient grounds for annulment:

If any of these apply, then you will need to petition for a Divorce Order.

Who can apply for an annulment of marriage?

A void marriage can automatically be annulled because it is based on an illegal act. Legal reasons for a voidable marriage may exist however the marriage will not be invalidated unless one of the spouses applies for an annulment.

To apply for an a decree of nullity of marriage for a voidable marriage you must:

-be an Australian citizen
-consider Australia to be your permanent home or ordinarily live in Australia or
-have done so for at least 12 months before you make the application.

If these circumstances do not apply to you then you will need to be separated for 12 months and apply for a Divorce Order if you wish to end the marriage.

If you meet the above criteria and can satisfy the grounds for annulment according to the Marriage Act (1961) Cth, you can petition to void the marriage. You cannot however apply for an annulment if one of the parties is deceased. You will need to petition for a Divorce Order instead.

How do I get a marriage annulled in Australia?

To get a marriage annulled in Australia you need to apply using an Initiating Application form. You will need to file three copies of the form along with a copy of the marriage certificate, plus an affidavit that contains information of the marriage ceremony and the grounds for annulment. You will be required to pay a Court filing fee. If you are experiencing financial hardship then you may be eligible for a concessionary rate.

For a confidential discussion and a free consultation with an experienced family lawyer, please do not hesitate to call our family law team on 1300 667 461.