Marketing with Intention: Authenticity vs. Exploitation 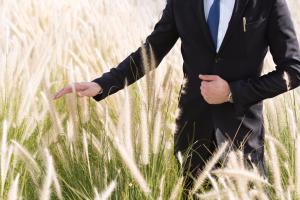 Corporate Social Responsibility is becoming increasingly important, as it should be. Businesses have a large role to play in social development, given their global reach. 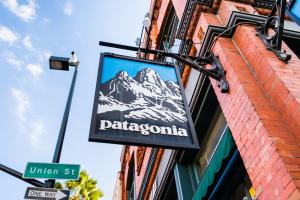 Patagonia markets and broadcasts their environmental preservation values, backing it up with concrete contributions to causes and future goals. 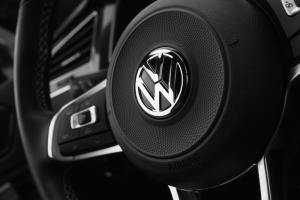 Volkswagen’s brand image has still not fully recovered from their emissions scandal, and may never in some consumers eyes. Exploiting social issues for profits can have severe consequences.

To do good, you actually have to do something.”
— Yvon Chouinard (Patagonia Founder)

CONCORD, ONTARIO, CANADA, March 25, 2021 /EINPresswire.com/ — Corporate responsibility and social responsibility are two important terms circulating online and at the forefront of business’s agendas. Contemporary society and consumers now demand much more from companies and corporations than ever before. The scope and reach of modern day corporations compared to decades ago is massive. The effect a handful of corporations can have on economies, the environment, society, trends, technology, and societal issues is potentially massive. Ultimately, this makes consumers expect and ask for more out of corporations and businesses than simply products or services.

In terms of marketing, these responsibilities and values are often displayed throughout a corporation’s branding or advertisements. Social responsibility, in terms of marketing, has become both a vehicle for marketing your brand, aligning it with different societal causes, and engaging consumers. However, there is a clear distinction which should be noted. Marketing and aligning with a social issue is not the same as marketing and exploiting an issue for social relevance. Generally speaking, consumers are extremely cognizant of when a company’s intentions are genuine and when their symbols of responsibility are nefarious. As a business, it is important to align with values or causes which truly impact or reflect your brand, rather than trying to latch onto issues as they arise.

In this brief article, we can take a look at two prominent corporations. Early on in it’s corporate history, Patagonia aligned itself with environmental activism and preservation. A cause which the brand felt loyal to given its nature as an outdoors apparel company. However, Volkswagen used environmental activism in order to attract consumers but their practices were not at all aligned with the cause (given their emissions scandals). The difference between these two companies was in their intent to become socially active and responsible. Patagonia did so out of an authentic belief that environmental preservation is a global issue, and this is reflected in their products and business model. Volkswagen advocated for green initiatives only as a means to boost sales of their cars to unaware consumers.

For Patagonia, aligning it’s brand with environmental activism and preservation has been a hugely successful campaign since its inception. Their branding always features an environmentally conscious message, such as their 2011 Black Friday ad which displayed a coat of theirs and “DON’T BUY THIS JACKET”. Patagonia’s thought process behind such ads is to keep customers conscious of their environmental impact via consumerism, and to acknowledge the company’s own contribution to environmental degradation from their own manufacturing process. Essentially, Patagonia admits to their own imperfections, but asks themselves, competitors, and consumers to be aware of the issue and strive for better practices in the future. The brand has launched second hand apparel initiatives to combat constant clothing production, and donates 1% percentage of their sales to environmental causes. Such actions and alignment tells consumers that their CSR initiatives are legitimate, and thus gives credibility to their marketing initiatives.

In contrast, Volkswagen boasted and advertised about it’s green initiatives. This led to a boom in their car sales during the early 2010s as consumers purchased their vehicles because of Volkswagen’s perceived environmental consciousness. In reality, Volkswagen designed a specific way to circumvent government emissions regulations for their vehicles (technology within the cars mislabeled the amount of emissions being released). The emissions scandal was massive, and a huge PR backfire for the German automaker. Volkswagen’s reputation has never truly recovered from the scandal, and consumers have turned to competitors such as Tesla when purchasing environmentally safe vehicles. Volkswagen marketed a social issue for the benefit of the company, not as a means to creative positive social change and this exacerbated the fallout from the scandal. Consumer trust for Volkswagen remains low.

Social issues cannot be viewed as strictly vehicles for marketing, rather that is exploitation of an issue. Instead, authentic alignment with an issue and marketing around strives being made to correct the issue or overcome it are what should be done. Releasing statements about the lives of those in third world countries does little to actually improve their lives. Consumers want to see corporations take real action to solve social issues, instead of simply talking about these issues. Corporations can use marketing to give an issue traction and that reflects positively on their brand and business. However, align yourself with issues which truly affect and speak to your brand. Disingenuous social responsibility destroys trust with consumers, sometimes irreconcilably.

Global Apheresis Consumables And Equipment Market Trends, Strategies, And Opportunities In The Market 2021-2030