Marketing & Memes: Walking the fine line between relevant and cringey 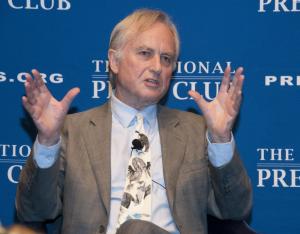 Richard Dawkins, ahead of his time, coined the term “meme” in the 1970s. 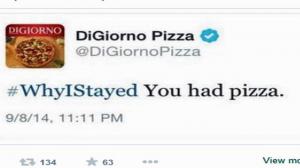 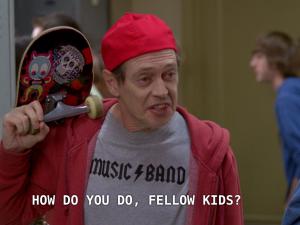 Classy, great meme, but don’t let it apply to your company.

Memes offer a way to connect with customers in the digital space. But they can be a high risk high reward strategy. What are memes and how can you use them?

memes should be considered as living structures, not just metaphorically.”
— Richard Dawkins

CONCORD, ONTARIO, CANADA, March 11, 2021 /EINPresswire.com/ — Memes are quickly becoming a massive marketing platform and opportunity for savvy businesses who know how to utilize the trend effectively. Many large corporations and companies have doubled down on their online presence over the past decade, running social media accounts and trying to interact with their consumers on a regular basis. Usually these attempts work as well, as companies remain at the forefront of consumers minds and their purchasing decisions.

So where do memes fit in, and what are they exactly? Memes are somewhat of an abstract concept, which have grown exponentially since the inception of the internet and online communications. In his 1974 book The Selfish Gene, Richard Dawkins (much ahead of his time it appears) first used the term “meme” as a unit of cultural information which is self-replicating, building off of the biological concept of genes. With that in mind, it’s much easier to understand what a meme is and how they act. Essentially, users across various platforms build and recreate their own memes to signify trust, relevance, commonality, and communication. That means memes will differ across various online communities, age groups, and different demographics. Users on 4Chan will use different memes from users on a specific subReddit, or Facebook group, etc. It should be noted that memes can always cross these boundaries and massively popular ones usually become lager cultural moments instead of being restricted to one subset of users. The more relatable a meme is to a broad audience, the more it will be recreated, and the more it will be redistributed amongst more and more users, allowing it to become relevant across various platforms.

Memes from the past few years usually reference prior cultural moments, these could be television or movie scenes, songs, photos, anything which was viewed or interacted with by a large enough audience that the context of the meme is generally understood. Then comes manipulation of the moment from the users side, which usually involves changing text and applying different ideas to the moment. This allows for the self-replication Dawkins discusses, where a cultural moment is able to be recreated and altered by anyone participating in it.

But how can memes become effective platforms for advertisements and especially for brand awareness? Because memes represent being hip and part of an insider group. Memes are largely a trend for young generations (Millennials and Gen-Z) those aged early 30s and younger. If a brand is able to speak and communicate with its audience through memes, it represents the relevance, trendiness, and credibility of the brand to consumers. For many customers, it feels like the brand knows or has an interest in their life, humor, and interests.

However memes, just like any other piece of pop culture, humor, or art is liable to be criticized. This is trying to interact with consumers through memes can also be a risky endeavor if not done organically. The best practice would be to employ somebody young and part of the aforementioned demographic groups, and let them determine what may or may not work. While this leaves little say or room for control on the behalf of employers, that type of interference is usually what prevents a meme from feeling natural.

The misuse of a meme can become a social media blunder, and potentially harm the credibility or image of a brand. An example would be DiGiorno Pizza replying “you had pizza” to the circulating hashtag “#WhyIStayed”. This resulted in accusations of being out of touch and being pro domestic abuse from Twitter users. And there are many more companies who have fallen prey to the social ostracism which occurs from mishandling memes appropriately and with humor or taste.

It’s a high risk-high reward strategy. Done correctly, your business gains a lot of social credibility and brand awareness amongst younger demographics and the next generation of consumers. Done poorly, your brand is mocked (sometimes even by other brands). The real difficulty comes in employers being able to place trust in young employees to do the job for them. At this point, memes have become a cultural language spoken by those who inhabited the digital landscape for the majority of their lives. While it’s entirely possible to learn and understand the circulation of memes, their creation, and impact, it requires being online constantly. The best bet for companies is to let young employees communicate with young audiences. The last thing any business wants is to embody the Steve Buscemi kid meme unironically.

Written by Nicolas Minardi of Mrkt360.