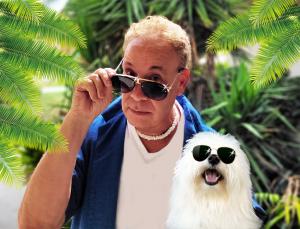 FT. LAUDERDALE, FL, UNITED STATES, September 3, 2021 /EINPresswire.com/ — Mark Winter, CEO/Executive Producer of Pet Life Radio celebrates the 14th anniversary of the largest pet podcast and radio network. Back in 2007 before podcasting was “a thing” Mark was an early adopter of on-demand audio by putting together pets, people and podcasts into a niche network for pet lovers and pet parents.

With his degree in biology from Boston University, and as former Creative Director of WDHA radio in New Jersey, Executive Producer at both Party 93.1 FM and Y100 FM in Miami, as well as an animal lover since he was five years old, rescuing baby bunnies back in New Jersey, Mark created a hybrid network of pet talk shows which has both on-demand podcasts as well as a live global radio stream.

“I saw a need for a place where pet lovers can get quality information for taking care of their pets,” says Winter, “so I wanted to create a network of talk shows where we produce great information but also in a fun, entertaining format.”

Mark enlisted top pet experts as hosts on the network including veterinarians, behaviorists, and authors and has welcomed thousands of guests over the years including hundreds of A-list celebrities such as Betty White, Tina Fey, Glenn Close, James Caan, Andy Garcia, Christie Brinkley, Amy Schumer and many more.

“We’ve had a lot fun the past 14 years and we have some great new ideas and plans as we take Pet Life Radio into the future.”

Mark Winter has been a musician since he was 3 years old, and a music producer since a teenager. After graduating from Boston University, with a degree in biology Mark Winter began writing and producing songs and music for himself and other artists as well as music for film, television and special projects. He also wrote and produced jingles for radio and TV including Emery Air, Goodyear, and the Scott and Todd Big Show on WPLJ-FM Radio in NYC. Mark also wrote “Roller Palace”, the first roller disco record of the 1970’s, which was featured on WKTU-FM (New York) and in Billboard Magazine.

In 1980, Mark created Musikards, the very first musical greeting cards with original songs and graphics, which were marketed worldwide.

Mark Winter was a founding member of ILUSION on Epic Records (Sony), and wrote and produced the 1988 dance hit, “I Want Your Love In Me” a Billboard Magazine Top 40 dance hit.

In 2002, Mark relocated to South Florida and became Executive Producer at Party 93.1 FM radio, the dance music station in Miami. He then produced the radio show, “The South Beach Dance Party” on Y100-FM radio in Miami, which combined current dance music with information, interviews and dance music flashbacks. It soon rocketed to #1 in the ratings.

Pet Life Radio is the largest and #1 pet radio network on the planet, featuring over 70 weekly pet-related talk shows hosted by the most well-known pet experts, authors and radio and TV personalities in the world of animals and pets!