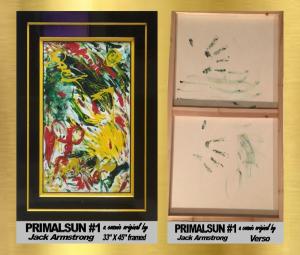 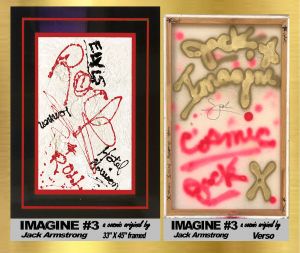 An Original painting by Jack Armstrong in the style he founded Cosmic Extensionalism. Displays a multi-level mosaic base with embedded hidden words. 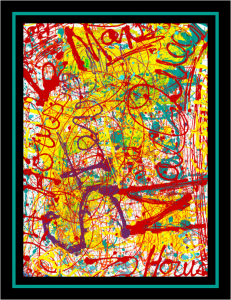 An Original painting by Jack Armstrong in the style he founded Cosmic Extensionalism. Displays a light multi-level medium of acrylic on canvas with embedded hidden words. 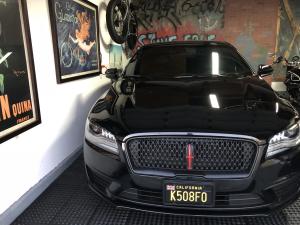 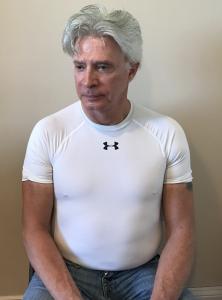 Let him who is without sin cast the first stone.”
— According to the Gospel of St. John.

MARINA DEL REY, CALIFORNIA, UNITED STATES, October 18, 2021 /EINPresswire.com/ — Rehs Galley a prestigious, almost 100-year-old gallery on East 57th Street in New York City, recently printed an item headlined, “REALLY, ANOTHER PERSON LEAVES WORKS IN A PARKED CAR?”. The item originated from “Tales from the Dark Side” which catalogues art world crime and punishment. The theft of 2 original Cosmic Extensionalism paintings, by Cosmic artist Jack Armstrong, is dealt with extreme skepticism, casting a darkness on the promoters of the art by stating that the theft sounded like a publicity stunt. The 2 paintings one named ‘PrimalSun #1’ and the other named ‘Imagine #3’ (AKA ‘The Elvis Painting’) were valued at over $7,000,000. The theft was reported judiciously by Eyewitness News, ABC7 and other media.

Robert Star, CEO of Star Global International Inc., the company that had charge of the paintings said, “We are devastated by the loss of these two valuable original Armstrong paintings. There are only 100 of these irreplaceable paintings in the world. The crime was investigated by LAPD major crimes, FBI, Interpol and a major US insurance company. I knew I was the main suspect but could not believe such a formidable gallery would repeat such skepticism without a simply 2-minute phone call or checking our website starglobalart.com, to ascertain some facts. – ‘Let him who is without sin cast the first stone.’

I parked the car outside the front door of my home and intended to put it in my garage later. The paintings were concealed in a specialized secure compartment and could not be seen from outside the car. I had planned a viewing the following morning in Beverly Hills, at a former home of Elvis Presley. On many occasions in the past, I transported extremely valuable artworks in my car without the slightest problem. I was exhausted and took recently prescribed Xanax medication. I fell asleep and totally forgot about the car which was stolen sometime later. The car had comprehensive insurance. However, only ‘PrimalSun #1’ was insured. The Elvis painting, valued at $5,500,000, was uninsured.

I was extensively questioned and prepared a 127-page brief for the authorities which contained even my text messages and phone calls. This culminated in a 5-hour deposition under oath. I did all this voluntarily and without legal counsel. Miraculously, 12 hours after giving this sworn statement, LASD drug unit recovered the car during a drug raid in Walnut, California. The two suspects arrested are now awaiting trial. The car had false plates and documents and its original appearance had been altered. The contents were not recovered and the two men arrested claimed that they had bought the car for cash. The car was contaminated by fentanyl and had to be destroyed as a bio-hazard. The insurance paid the full amount of the claim and I was completed exonerated from all suspicion. It is standard protocol to be the main suspect in such multi-million-dollar thefts. I hope I never have to go through such a harrowing experience ever again in my life.

I represent highly valuable art including paintings by Leonardo Da Vinci, Jean-Michel Basquiat and Warhol, as well as a large selection of the 100 Armstrong’s and do not want this theft hanging over my head or causing any disrepute directed towards Star Global International. PrimalSun #1 belonged to me personally and the Elvis painting belonged to a client. I would point out that the previously stolen painting ‘Steve McQueen Le Mans’ referred to by ‘Tales from the Dark Side’ was never the charge of my company. We merely assisted the artist, at our own expense, in trying to recover the painting as he lives outside the USA.

I do not blame ‘Tales from The Dark Side’ for their skepticism and trust this sets the record straight now that this information is public. Star Global International has a stellar reputation which I zealously guard.”
Star Global is offering an unspecified reward for information that leads to the recovery of the paintings.