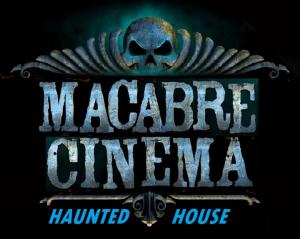 Macabre Cinema Haunted House Opens After a Season Off 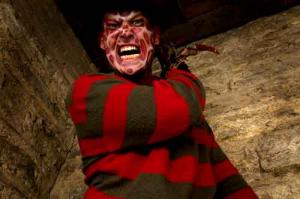 Your inside the horror movie at Macabre Cinema Haunted House 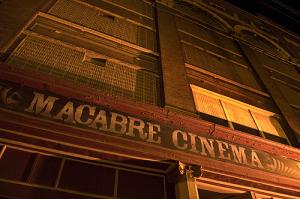 We did catch quite a bit of heat from Macabre Cinema fans for not opening last year, but we’ll make up for it this year with even more frightening fun.”
— Amber Arnett-Bequeaith, aka Queen of Haunts

People were clamoring for entertainment when many places didn’t open in 2020. Macabre Cinema’s opening alongside neighboring Beast and Edge of Hell now offer the trifecta of haunt experiences. Last year, Beast and Edge of Hell opened with many new safety protocols, including mask requirements, temperature checks, and hand sanitization. These procedures officials credit for the past season’s success and the confidence to open the third house.

“We didn’t know what to expect last year,” said Amber Arnett-Bequeaith, also known as the Queen of Haunts. “But we were thrilled that we were able to get through the season and offer a great show to all those who came out. We did catch quite a bit of heat from Macabre Cinema fans for not opening last year, but we’ll make up for it this year with even more frightening fun.”

About Full Moon Productions
Full Moon Productions owns and operates world-class haunted house attractions since 1975 and has prioritized helping children and pet charities in the community, including the anti-bullying program “Don’t Be A Monster.” The Edge of Hell, Beast, and Macabre Cinema Haunted Houses are located in the West Bottoms Historic District off the 12th Street Bridge near Downtown Kansas City. The attractions are open every Friday and Saturday, and a few other days are noted on the website during the 2021 season.