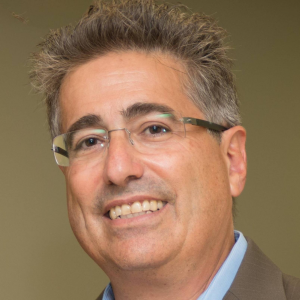 The legal trade publication, the Los Angeles Daily Journal, is honoring DeSimone in its special edition

Having been named to this list more than 10 times, and every year since 2013, I think it’s a testament to the fact that we have consistently achieved excellent results for our clients.”
— Attorney V. James DeSimone

DeSimone’s Marina Del Rey-based firm has specialized in employment and civil rights claims for more than 30 years. Among his most notable victories in the past year was a wrongful termination lawsuit brought on behalf of a woman fired for having cancer. Though the woman died before she could receive justice, DeSimone pursued the case on behalf of her surviving children.

In a decision later affirmed by a Second Appellate District panel in a precedent-setting decision, a Los Angeles Superior Court judge found the “defendants’ conduct was reprehensible,” rewarding $500,000 in punitive damages in addition to compensatory damages.

On July 23, 2021, DeSimone will argue the appeal in the case of Birden v. UC Regents to preserve his jury verdict of $1.58 million on behalf of an African-American phlebotomist who was racially harassed at UCLA Hospital, in violation of the Fair Employment & Housing Act.

In addition, DeSimone is representing: A plaintiff in a case involving a pattern and practice of sexual harassment, assault, and wrongful termination at Hollywood’s Magic Castle; several supervisory police officers, including two lieutenants, against the Los Angeles World Airport Police for a pattern and policy of racial discrimination; and an individual who was harassed on the basis of his Mexican heritage and Jewish religion by his coworkers at the City of Westminster.

In addition to his labor and employment work, DeSimone has recently secured victories on behalf of victims of civil rights violations. In November of 2020, he argued in the Ninth Circuit in an effort get the City of Los Angeles to pay a $210,000 civil rights jury verdict for physical pain and emotional distress with a finding of actual malice in a case involving a man assaulted by an LAPD officer. The jury also made special findings that the officer was acting in the course and scope of employment and under color of state law when he battered and arrested his neighbor.

Currently, he’s representing numerous severely injured individuals, including the family of a mentally disabled man who suffered severe bite wounds and psychological damage after Visalia Police set a K9 on him during an unlawful arrest; a freelance journalist attacked by police while covering a protest of the death of George Floyd. He also represents the family of Daniel Rivera, whose death resulted from “prone physical restraint with electromuscular disruption…” by members of the Los Angeles Police Department, according to the coroner’s report.

“It’s gratifying to know these cases are getting the attention they deserve, and I thank the Daily Journal for taking note of the righteousness of this litigation and the hard work that’s put into them,” said V. James DeSimone. “Having been named to this list more than 10 times, and every year since 2013, I think it’s a testament to the fact that we have consistently achieved excellent results for our clients.”

Los Angeles civil rights attorney V. James DeSimone has dedicated his 35-year law career to providing vigorous and ethical representation to achieve justice for those whose civil and constitutional rights are violated.