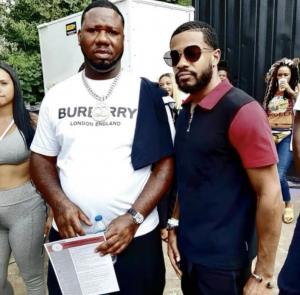 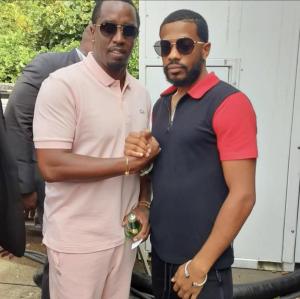 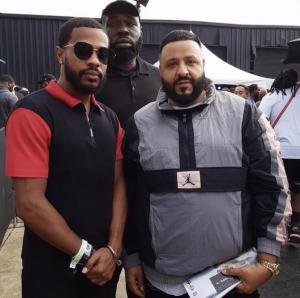 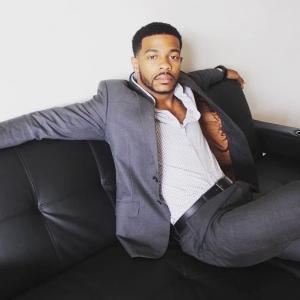 The singer/songwriter is about to release new music for the first time in more than two years. But he acts like he never stopped.

The athlete-turned-musician sits cross-legged on a pillow in his home studio. His right arm is in a cast — the result of Jet Ski injury — but he never once addresses it.

He simply greets his guests with a left-handed shake, sits down and slips on his headphones to perform a few songs from his upcoming album, “Some Real Quality.”

Once he starts talking about the new music, his brand of the same name — SRQ for short — and his community outreach initiatives, his self-assurance does not waver. He hasn’t focused on his music career for the past couple of years, but that doesn’t matter. He knows he’s going to succeed.

“I feel like we’re about to put out a raging ball of fire when we put this music out (Sept. 4),” Avraham says. “And while we’re blowing up we’re going to show people how we did it our way. I’m trying to show people you can do anything you put your mind to if you stay focused.”

When did you get into music?

I was 12 when I first started. My training was listening to music and watching music videos, but it’s funny because I didn’t have an interest in taking it serious. My half brother acted and sang in church, and he was my first introduction to the arts, watching him. I’ve been around arts and entertainment for my whole life. But I was also playing basketball and moved to Florida (from Trenton, N.J.) at 15 to go to IMG Academy. And I was the only student to not go play collegiate or professional sports.

I was interested in other things. After high school, I started throwing parties when there wasn’t any nightlife scene going on for the 18-25 demographic. Not for one color of person, all shades. This was St. Armands Circle 15 South (Ristorante) from 10 to 2 a.m. on a Friday or Saturday night. It was iconic, and it started to gather an audience. Soon I was managing local talent. When I met (Westcoast Black Theatre Troupe Founder and Artistic Director) Nate Jacobs I veered into wanting to produce a show. He said that I was creative and that I had a natural talent. I ended up getting a role in a show called “Marvin Gaye: The Man and His Music,” and I stuck with it.

Why did you decide to pursue music seriously?

I couldn’t run from it even if I tried. I tried to manage local talent and we couldn’t figure it out, so I decided to do music myself. I’m proving now to myself that I was the one making it happen all along. I realized I could do music full time.

Why were you interested in the business side of music?

There’s always been a business side of me. I have always seen myself owning a record company someday. I’ve gone to Revolt Music Conference, Sean “P. Diddy” Combs’ music conference, and I met him three times. After listening to the panels and meeting industry professionals I took classes online and got a music business certificate through Berklee College of Music.

How would you describe your style?

What artist inspires you?

Sean “P. Diddy” Combs. He’s the best and I want to be the best, so that’s the guy I targeted to help me be the best.

What’s the latest on your music and business?

I think for the first time in my life I can say I’ve been completely focused on music, which has been the biggest triumph for me. I’ve spent the past three months in somewhat isolation — not leaving the house much and expressing myself and what I’ve been through the past few years.

What was the first step?

I purchased studio equipment for my house because I feel most comfortable recording there. I carved out seven songs we feel are most usable and I shared those songs with what was supposed to be the first 10 people to comment on a Facebook post, but then turned into 150 people because a bunch of people wanted to hear it. I asked what they thought of it, and the majority of them thought it was dope.

You said you took a long break from music. Why did you get back into it?

I was going through something and I felt as though this content was what I know I needed to create. Finally, in May I sat my behind down and started focusing, which was a personal turning point because it had been a long time coming — about two and a half years ago I put out a song called “Status.” It got a couple thousand plays, but then I had to go do real life, so I had to drop the music. Then back in February I put a 1-minute video out for “Status,” and people thought it was a brand new song because I introduced it to a brand new audience. But I was just trying to see if anybody would react to it. It got 15,000 views on Facebook, so I decided to put together a full project.

This is not a place you make yourself known. I find these gaps where you can create or spark change in a culture or a city where it’s just not that popping yet. It (Sarasota) is lacking a lot, and there’s a lot more to come. I firmly believe that what we’re about to do is going to shift the culture of Sarasota because they’re going to get to see one of their own rise.

You’ve told me you also want to help younger members of the community. How?

I’m going to identify some talent that I know that I can train and develop and get my Berry Gordy on with. Sarasota is ready for a renaissance, and I think with the energy we have, we can bring that about. I think it’ll benefit a lot of people. We’re opening a recording studio in the fall. From there, hopefully we can sign some talent and take them on the road with us. I’m going to kick down some doors for a lot of people in a town where artists probably thought they could never become artists.

What makes you confident you’ll succeed?

I’m cool, number one, so people are going to listen to my music. And I think I can get them (young people) to direct their focus past my music and realize there’s an alternative for them after high school. I just want to be out here being a light and doing my thing. I’m not saying I’m Jesus. I’m chilling, but I like doing things like he liked doing them. He was out here giving, but he wasn’t talking about it.

What can people expect from this new album?

The album has a lot of underlying themes, and one cool thing for me is that I discover new ones every day. It’s looking like it’s going to be around 16 songs, and it’ll show a lot of versatility. It addresses youth, energy and culture, and it’s definitely an honest portrayal of that coming from one of Sarasota’s own. It’s definitely going to make some noise. You have to take a chance on this to really get it. You have to get lost in it and have fun with it. Some stuff is serious, some stuff is comedic. Some stuff is true and you might not have wanted to hear it. But it wasn’t made that serious — it was just about time Shahid put something out.