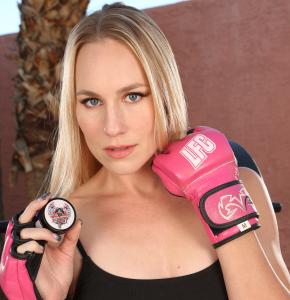 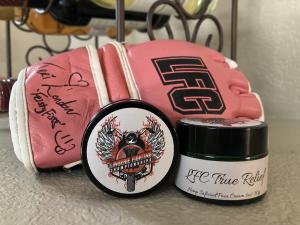 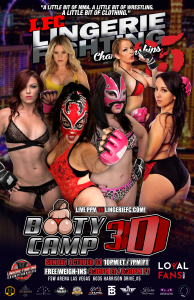 LFC Returns To Action On Halloween

I just wanted to not be in pain anymore without being incapacitated by a bunch of medications.”
— Holly Mei

“We had been approached by several companies interested in partnering with us on a CBD pain cream,” LFC CEO Shaun Donnelly says.

Donnelly researched each company before finally deciding to keep it inhouse and partner with LFC Prez Holly Mei instead who had developed her own pain cream that had become very popular with LFC’s fighters who have to deal with more than their share of aches and pains.

“Before making the decision I consulted our fighters and they raved about the product so much it was an easy decision to partner with Holly who has become an integral part of LFC and a good friend as well.”

Mei developed True Relief while working at Canalysis Laboratories in Las Vegas where they test cannabis products for potency levels.

“I had just become really tired of taking prescription medications for my auto immune disorder and normal day to day aches and pains like everyone else,” Mei says. “So one day I decided to make my own hemp infused pain cream and was amazed at how well it worked. I just wanted to not be in pain anymore without being incapacitated by a bunch of medications.”

Mei retired from fighting two years ago when the pain she felt after each fight became intolerable. After using her cream for about a year she felt well enough to return to action this past August at LFC32: Black & Blue at the Sturgis Motorcycle Rally where she earned an impressive win over European Champion Jolene ‘The Valkyrie’ Hexx.

“The difference in how I felt afterwards was night and day,” Mei says. “I could have gone another ten rounds!”

Other fighters using the product include Agatha ‘Cannibal’ Carter, Teri ‘Feisty Fists’ London and Audrey ‘The Mongoose’ Monique. After LFC32, Mei’s opponent Jolene ‘The Valkyrie’ Hexx saw her using the cream and asked to try it herself. She was so impressed she volunteered to do a promotional photoshoot. And she went on to win the overall LFC Championship just two nights later at LFC34: United We Stand.

“I’m really excited to be able to share this amazing product with our fans,” Donnelly says. “And it’s especially gratifying to be able to work with Holly on the formula and even the label design.” Donnelly has begun using the product himself for a nagging tennis injury that has kept him off the court for nearly a year.

LFC True Relief is made with hand-picked organic ingredients and is subjected to rigorous laboratory testing. The product comes in two varieties – lavender and eucalyptus – and is available exclusively at https://lingeriefc.com/product/lfc-true-relief-cbd-cream/

It’s a safe bet there will be lots of LFC True Relief backstage at the upcoming LFC35: Booty Camp 3D event going down Halloween night in Las Vegas. Tickets are available at https://www.eventbrite.com/e/lfc35-booty-camp-3d-tickets-173147999327

Made with organic, refined and triple filtered ingredients, True Relief is an all-natural hemp infused pain cream produced and packaged in Las Vegas and comes in a 1oz (30g) jar.

The public filings of LFC may be accessed at the SEC’s Edgar system at www.sec.gov. Statements herein are as of the date of this press release and should not be relied upon as of any subsequent date. LFC cautions readers not to place reliance on such statements. Unless otherwise required by applicable law, LFC does not undertake, and LFC specifically disclaims any obligation, to update any forward-looking statements to reflect occurrences, developments, unanticipated events or circumstances after the date of such statement.