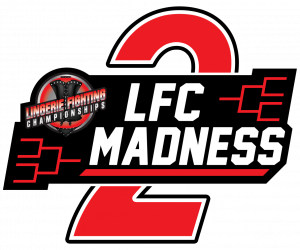 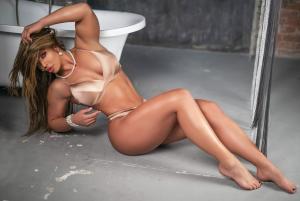 Boston Diamonds & Bling Will Be Awarding Both Finalists $1200 Diamond Bracelets

32 More Prospects Compete For a Chance to Join LFC

We hadn’t really planned to do another one so soon. But it was so popular with fans and we’ve had so many new prospects join lately we decided not to wait.”
— Shaun Donnelly, CEO

“We hadn’t really planned to do another one so soon,” CEO Shaun Donnelly admits. “But it was so popular with fans and we’ve had so many new prospects join lately we decided not to wait.”

Once again the contest will feature 32 prospects vying for just two spots in the controversial MMA league. Fans vote on each virtual match and the fighter with the most votes will advance to the next round. The two prospects who survive all 5 rounds will receive a LFC contract and fight each other on Halloween at LFC35: Booty Camp 2. Both will also win a $1200 diamond bracelet courtesy of LFC sponsor Boston Diamonds & Bling.

LFC Madness finalists T’Bella ‘Rebel Princess’ Madisyn and Bella Rockafella will be presented with $1000 watches courtesy Village Watch Center at the Halloween event. Both companies are owned by Liana Rubinov who got her first exposure to LFC at the league’s three recent Sturgis Motorcycle Rally where she presented Fight of the Night winners with a custom pendant her company designed especially for the occasion.

“It was a blast watching all the action,” Rubinov says, “and seeing the fighter’s excitement when they were selected by the fans as the most entertaining fight of the night.”

“We’ve been getting prospects from far and wide,” CEO Shaun Donnelly says. “At LFC35 Angelica Ko will be debuting all the way from Italy.”

Fans can visit the LFC’s official web-site at https://lingeriefc.com/lfc-madness-2/ to vote for their favorite prospect in each virtual match-up.

LFC35: Booty Camp 3D will take place in Las Vegas on Sunday October 31 and will be live streamed at www.lingeriefc.com. It will also be available live on more than 2000 cable & satellite systems via iN DEMAND and will later appear on LFC Network, the league’s upcoming Roku channel which is expected to launch on September 30 (the same day the LFC Madness 2 finalists are announced).

The public filings of LFC may be accessed at the SEC’s Edgar system at www.sec.gov. Statements herein are as of the date of this press release and should not be relied upon as of any subsequent date. LFC cautions readers not to place reliance on such statements. Unless otherwise required by applicable law, LFC does not undertake, and LFC specifically disclaims any obligation, to update any forward-looking statements to reflect occurrences, developments, unanticipated events or circumstances after the date of such statement.