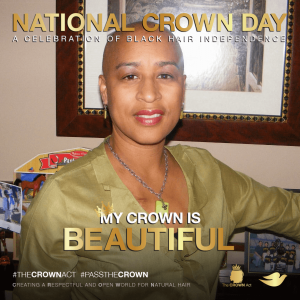 Photo of me taken after my 2nd chemotherapy in 2010 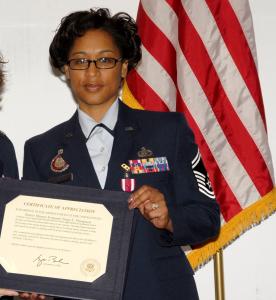 I was an Air Force military airmen before I was a breast cancer survivor. Breast Cancer tried to take my life twice. 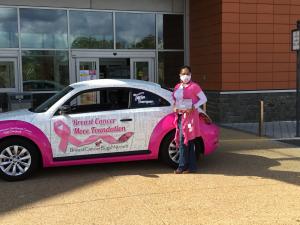 Time to Speak it: What’s not being said is the number of women in the military diagnosed with breast cancer. Especially for us women of color exposed to toxins.

LEESBURG, VIRGINIA, UNITED STATES, October 7, 2021 /EINPresswire.com/ — As a two-time breast cancer survivor, Tanja Thompson emphasizes the importance of early detection and regular screening. She is a transformational speaker, conflict coach, breast cancer advocate, author of “What to Expect When you Weren’t Expecting Breast Cancer” and TEDx Speaker, “From Tragedy to Triumph.”

As someone who has survived breast cancer not once but twice, I have experienced first-hand the disparities that exist for African American women and why early detection makes all the difference. Breast cancer is the most diagnosed cancer worldwide and is one of the most common causes of cancer-related death in women. [1] However, that is where the global similarities end. When it comes to treatment and outcomes, race-related differences are astounding.

Over the past three decades, the overall survival rate of those diagnosed with breast cancer has steadily risen. Breast cancer survival can be attributed to earlier detection, advances in targeted treatment, and access to care. This progress is terrific but not equally shared amongst all women. [1] This is evident when race and ethnicity are some of the strongest predictors of cancer mortality.

In the African American population, breast cancer has some unfavorable defining characteristics, including occurrence at an early age, more aggressive tumors, and less favorable outcomes. [2] While these are the qualities currently attributed to African American women with breast cancer, they are not entirely due to genetic predisposition. These qualities can be improved with equality in cancer screening, diagnosis, and treatment.

When it comes to cancer detection and diagnosis, I feel as though I can confidently say that everyone knows earlier is better. The earlier a cancer is detected; the sooner treatment can begin. Not only that, but the most significant part of detection is catching cancer before it has had a chance to metastasize, as this indicates a higher risk of mortality.

Treatment is yet another critical factor in breast cancer survival and one of the foundations for new and improved treatments in clinical trials. African American women are seven times more likely to die because of breast cancer when compared to Caucasian women, yet they are notoriously underrepresented in these trials. Accounting for only 1% to 3% of participants, this underrepresentation in clinical trials produces treatment safety and efficacy results that are severely lacking. [2]

Tanja is also a 25-year military veteran and feels that her breast cancer was environmentally related due to her military service. According to their GE Healthcare May 2020 article, the study was of breast cancer occurrences at Walter Reed Army Medical Center. The results were astonishing, “found military personnel to be nearly 40% more likely to develop breast cancer than non-military. The study even further says that environmental factors, such as exposure to burn pits, airborne toxins, chemical solvents, and mire. It may have been a contributing factor to the high number of breast cancer diagnoses among military women. According to the Department of Veterans (VA), it is estimated that 700 women veterans are diagnosed with breast cancer each year. [4]

Tanja Thompson helps to serve women of color and veterans with motivation, inspiration, and mental mindset strategies to move from the darkness of desire to the light of peace and joy. She does her non-profit The Breast Cancer Move Foundation a 501(c)3 charitable organization.

Who is Tanja Thompson