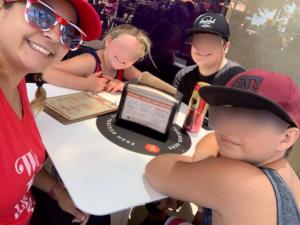 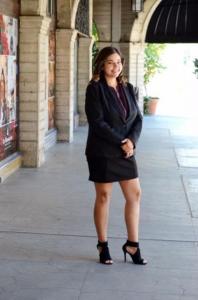 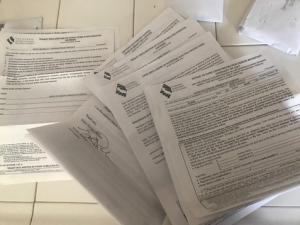 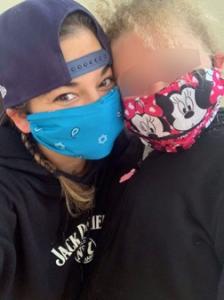 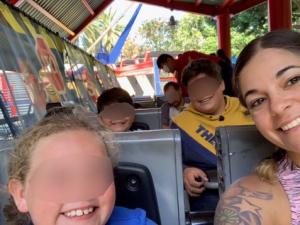 CALIMESA, CALIFORNIA, UNITED STATES, September 30, 2021 /EINPresswire.com/ — Toward the end of 2020, real estate professional Amanda Duncan was suddenly hit with a mysterious disability that left her unable to work — and even worse, the pandemic delayed the surgery she desperately needed. When authorities in California accepted her application for COVID-19 rental assistance, the mother-of-three felt like she’d been thrown a lifeline that would allow her to get through the next few months.

The last thing she expected was to face eviction.

Up until August 2020, Duncan had been working full-time and providing for her household all by herself. Unfortunately, this was brought to an end when she started experiencing pains of increasing severity, forcing her to stop working and begin claiming disability. Since she was paid far less than her original salary while on disability, the Californian struggled to cover her rent; meanwhile, she couldn’t do anything to change her circumstances other than wait for her surgery, which continued to be delayed.

Duncan had thought the rental assistance would be the light at the end of the tunnel, but instead, it had the opposite effect. Her landlord’s property manager informed her that they couldn’t work with the program and planned to evict her instead — even though the money for rent was ready and waiting.

Behind the denied application
Some might wonder if the landlord had a perfectly valid reason to evict Duncan — perhaps they were also going through hard times and needed a more stable income source, or the narrative above is only one side of the story. Others might even question whether her application was legitimately approved.

Yet the evidence says otherwise.

The State of California has verified that Duncan met all the criteria for rent assistance, submitted the necessary documentation, and is now only waiting for landlord approval to receive her funds.

Plus, the program covers 100% of past rent and utilities, so if the landlord were to approve the application, he could be reimbursed for every penny he’s missed out on so far. Yet without approval, Duncan can’t even claim for past utility bills.

This isn’t a zero-sum game. Nobody expects the landlord to go without his money, but it seems outrageous to refuse to comply with such a well-intentioned and hassle-free program that would result in a good outcome for everyone.

Looking to the future

As for Duncan, the struggling mom has been left feeling helpless and unsure about what to do next. Beginning just prior to that year, she already had to battle with separation from her husband, selling her home, and a plummeting income.

It was while waiting for the divorce to finalize that she decided to rerent her current home back from the buyer (landlord), saying: “I raised my kids there, it’s the only home my daughter knows, the move to a new place would have made everything worse.”

She would never have expected the move to backfire so spectacularly.

In June, the Landlord offered to forgive Duncan’s past rent if she agreed not to take the covid money, and move out. But since she doesn’t have the money to move into a new place until she gets back to work, this proposal could make her situation even worse. Plus, the covid relief money is tied to past due utilities, meaning that she’d be left vulnerable to energy shut-offs after September if she agreed.

The property manager is more than aware of these problems, yet the situation hasn’t progressed any further.

Duncan’s story alone is sad enough, but the worst part is that many others have similar stories to tell. Across the state, there’s a trend of landlords failing to respond to accepted applications for assistance, leaving money sitting in the government’s coffers while people go homeless.

“A lot of tenants gave up in frustration, and for good reason,” said Gen Fujioka, of the San Francisco Anti-Displacement Coalition. He explained that unable to access aid and threatened by landlords, some tenants had moved out: “They are falling so far in debt, they feel like they can’t afford to wait. What happens if the rent relief doesn’t come through?”

Another tenant who is behind on rent due to the pandemic is LA resident Jenise Dixon, who lost her work in the film industry last year and applied for rent relief in April, but still hasn’t received her aid.

While her application was pending, her landlord delivered an eviction notice; despite local and federal protections against such evictions.

Her landlord had not responded to correspondence from the state and proceeded with eviction, but after this was brought to light, his attorney claimed he never received it and will now proceed with the program. The media attention seems likely to have contributed to this sudden turnaround — but what about all the tenants who don’t have access to journalists to force their landlords to play ball?

With incidents like this happening across the nation, it’s easy to see why some people feel cynical about everything and say the pandemic has brought out the worst in human nature.

Join the fight against injustice

Now that Duncan’s doctors have begun pre-appointments to get ready for her surgery, she’s hopeful that she could be healthy and ready to work again within the next six months. But in the meantime, eviction looms, and she owes almost $30,000 in past bills.

If conditions do not change, Duncan fears she’ll end up on the streets without the ability to lease a new place — all because of some very unfortunate timing.

The story of Duncan and those like her is lamentable, but it’s not a lost cause. To avoid this fatal outcome, friends of the embattled mother have started a GoFundMe to raise the money for the landlord, bills, and moving and living expenses. You can help Duncan recoup the money she needs by funding her campaign or sharing her fundraising page. https://gofund.me/7328a779